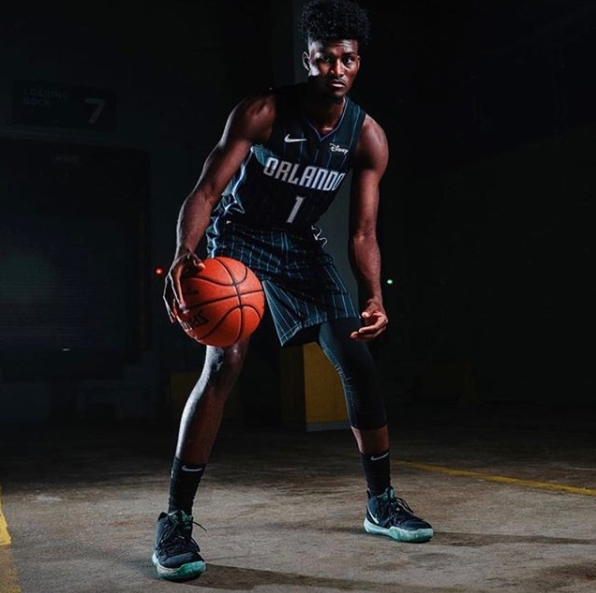 Jonathan Isaac had worked very hard to get back on the court for Orlando Magic, that is why for most of his teammates, it was painful to see him writhing in pain on the floor during their game against Sacramento Kings at the NBA bubble.

It looks like Jonathan Isaac will be sitting on the sidelines once again after he was diagnosed to have a torn ACL on his left knee.

The unfortunate incident happened in the early minutes of the fourth quarter. Isaac was driving into the lane while attempting to separate two defenders with a jump stop.

But then Isaac's left knee buckled upon landing, and he fell on the court clutching his knee and writhing in pain.

The medical staff attended to him for several minutes before he was taken out in a wheelchair.

Must have been deja vu for the 22-year-old cager who back in the first of January was also stretchered off the court after also landing awkwardly and was diagnosed to have suffered a posterior lateral corner injury and a medial bone contusion. It was in their game against the Washington Wizards.

He would have missed the whole 2019-2020 season if the schedule was not altered due to the Coronavirus Disease 2019 (COVID-19) pandemic.

However, with a torn ACL, it looks like Jonathan Isaac may even miss the 2020-2021 season as the typical recovery for such an injury is one year.

Isaac had twitted that he remains to be in good spirits despite suffering another setback.

After Isaac was wheeled out, the Magic bench was quite despite thrashing Sacramento Kings, 132-116.

Isaac's teammate, Aaron Gordon, said what happened to Isaac brought tears to his eyes because he knows how good his teammate is and how hard he worked to get back on the court.

Another teammate, Nikola Vucevic, said it was unbearable to see Isaac injured, especially that he had just returned to playing.

Harry Giles III, the Sacramento Kings' big man, said he had told Isaac to stay positive. Back in his high school days, Giles had torn both his ACLs.

Orlando Magic nor Jonathan Isaac have not yet confirmed for how long he will be out, let’s hope that when it comes, it’ll somehow be good news.