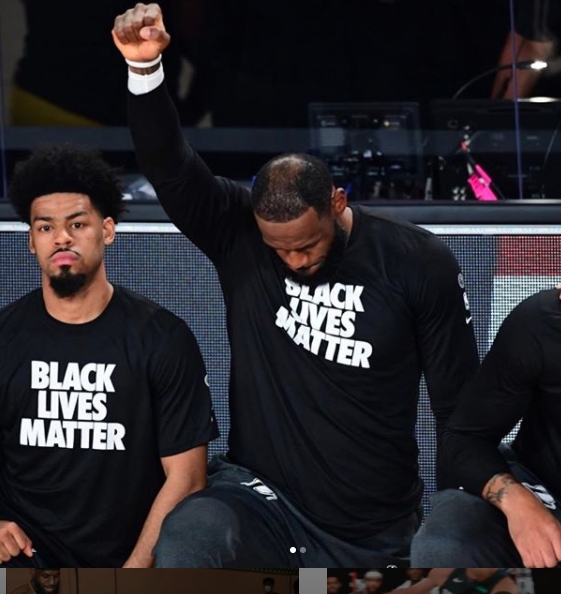 Basketball fanatics could not have asked for a better NBA restart to its 2019-2020 season with the Los Angeles Lakers prevailing over the Los Angeles Clippers, 103-101 while the Utah Jazz stunned the New Orleans Pelicans, 106-104, in the restart opener.

The first day of the NBA restart made the 141 days that span the suspension worth enduring as the night was packed with a number of brilliant happenings.

It started with the four teams taking a knee during the singing of the national anthem to highlight social injustice, to the stars not just coming out to play but also putting on a show and both games going down the wire.

And, the teams had to appreciate the virtual fans. While no fans were allowed inside the bubble to watch the games, large monitors placed around the arena showed home team fans watching the games remotely.

LeBron James overcame a scoring struggle by coming up clutch when he followed up on his own missed shot with less than 13 seconds left in the game.

But, James wasn't finished yet as he then guarded first Kawhi Leonard then Paul George to seal the Lakers' first win in the NBA restart.

Despite struggling to score, James still managed a double-double performance with 16 points and 11 rebounds. He also had seven assists and five turnovers.

Anthony Davis recovered from his poked eye in time to lead the Lakers with 34 points, 14 of which he scored in the first quarter. Davis' performance was highlighted by a two-handed dunk that would have worked the crowd.

Interestingly, Jazz center Rudy Gobert, the player who got the NBA games suspended back in March when he tested positive for the Coronavirus Disease 2019 (COVID-19), scored the first basket in the NBA restart.

And, he also sealed the win for the Jazz when he converted his gift shots with 6.9 seconds left in the ballgame. He chipped in 14 points, had 12 rebounds and three blocks.

Jordan Clarkson top scored for the Jazz with 23 points coming off the bench.

The four-month layoff did not affect the chemistry between Lonzo Ball and Zion Williamson, and one such incident was when Ball threw a perfect lob to Williamson, who made the first dunk of the NBA restart.