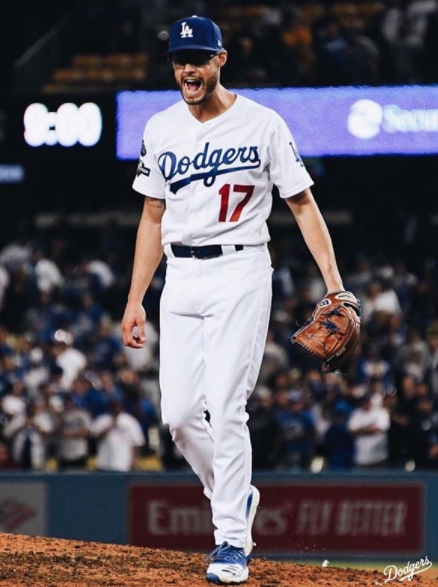 Major League Baseball (MLB) has suspended Los Angeles Dodgers relief pitcher Joe Kelly for his actions during their game against the Houston Astros on Tuesday, July 28, 2020, at the Minute Maid Park.

The tension started when in the sixth inning, Joe Kelly threw a 96-mph fastball that went behind Alex Bregman's head. Bregman did not react and simply walked while Kelly did a telling yawn. Nothing happened yet.

But both teams' benches got cleared when Kelly taunted Astros' Carlos Correa with a pouty face while walking off the mound after striking him out.

Dusty Baker, the Astros manager, alleged that Kelly had said "Nice swing, b****!"

While the benches cleared, no punches were, however, thrown.

Tension was expected between these two teams after it was revealed that in 2017, the Astros have stolen signs and transmitted them to their hitters by beating on a trash can.

The Dodgers had lost the 2017 World Series to the Astros in seven games.

While Kelly was not on that Dodgers lineup that season, he was on the Boston Red Sox team that the Astros defeated in the first round.

It wasn't the first time for Kelly as the MLB has suspended him previously for intentional throwing.

Dave Roberts, the Dodgers manager, was also handed a one-game suspension as a result of Kelly's actions while Baker, who got into an argument with crew chief Chris Guccione after both teams were given a warning, was fined.

Baker told ESPN that he got upset that the umpires had given them a warning when it was Joe Kelly, who was making the throws that prompted the incident.

The suspensions and fines were announced by MLB's Senior Vice President of Baseball Operations, Chris Young.

While no brawl happened, it went against MLB's strict stand on fighting, especially that they are imposing a social distancing protocol.

Just mere spitting on the diamond is even strictly prohibited as part of the league's health and safety precautions against the Coronavirus Disease 2019 (COVID-19).

Joe Kelly is appealing the ban while rookies will take over the mounds for both Houston Astros and Los Angeles Dodgers when they meet for their series finale.