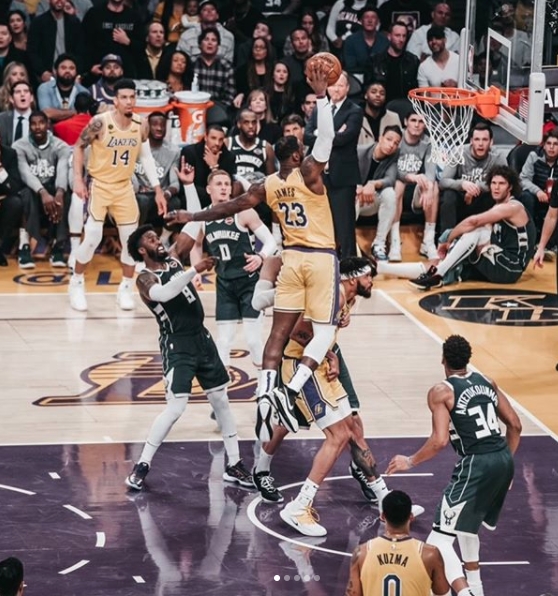 The NBA Playoffs are looming, and we wonder who are the teams who can pull off a shocker against the Los Angeles Lakers, Los Angeles Clippers and the Milwaukee Bucks.

These three are the NBA's top contenders, and they have shown their mettle even before the Coronavirus Disease 2019 (COVID-19) pandemic could suspend the 2019-2020 season last March.

The Lakers and the Clippers are the top 1 and 2 teams in the Western Conference, respectively, while the Milwaukee Bucks rule the Eastern Conference.

These three teams may have been formidable until the last games they played before the season got suspended, but the NBA 2019-2020 season will restart on July 30 with a lot of factors happening in between.

First, would be the four months that they had to sit out due to the suspension; and second, is that all of them will be playing at the NBA bubble at the Disney World in Orlando, Florida so there is no home-court advantage or familiarity of the court; and, third would be playing without a live audience. Many times the fans have proven to be the sixth man in games, not just in the NBA.

With the NBA Playoffs slated to begin on August 17 and the seeding games to resume starting July 30 until August 14, which teams who could give the three top contenders a run for their money in the Playoffs.

According to CBS Sports, the Bucks should be wary of the Boston Celtics, the Lakers of Houston Rockets and the Clippers of Philadelphia 76ers and Miami Heat.

While the Bucks allow only a few shots from the floor, the treys from the corner appears to be their weakness, and those are the shots that the Celtics are good at. Their shooting of 44.5 percent between 10 to 16 feet from the basket is the sixth-best in the league.

As for the Lakers, it is not just them who should be cautious, but they could also be the worst match-up for the Rockets. Houston, though, has what it takes to pull off an upset. While the Rockets may be too small for the Lakers, the former still beat the later when they met. And, what is more, surprising was that in that game, the Lakers, despite their big men, tried to play the Rockets’ style but still lost. Not to mention that the Rockets still outscored the Lakers even with either Anthony Davis and LeBron James on the floor.

Clippers vs. Sixers or Heat

The Clippers should be careful with the Lakers because of their size. Unfortunately, that has never deterred the Clippers. In fact, they were better at rebounding the ball in the three games that they have played against the Lakers.

The only two teams equipped, remotely at that, to foil Kawhi Leonard are in the East. Heat's Derrick Jones Jr., Jimmy Butler, Jae Crowder, and maybe even new acquire Andre Iguodala. For the Sixers, there's Ben Simmons and Matisse Thybulle.

But, we go back to the question of who should the Clippers be afraid of in the NBA Playoffs, it seems like there is no team capable of that at the moment.