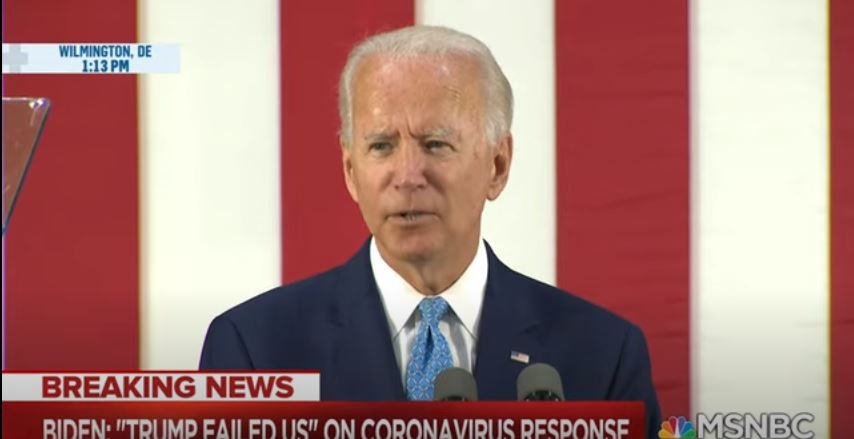 The coronavirus pandemic has hit the United States the worst over the past several months, with almost 130,000 Americans dying from the pandemic and 2.6 million people infected. Former vice president Joe Biden ripped into President Donald Trump during his address in Delaware, saying that Trump has effectively “surrendered” to the pandemic.

CNN reports that Biden ripped into Trump during his speech in Wilmington, Delaware, referencing Trump’s previous remarks, calling himself a “wartime president” in the midst of the pandemic. The former vice president said that Trump is now retreating, having “surrendered” to the pandemic. “What happened? Now it’s almost July, and it seems like our wartime president has surrendered - waved the white flag and left the battlefield,” said Biden.

Biden also referenced the recent revelations about Russian bounties on American soldiers in his criticism of Trump. The White House claimed that Trump was not briefed on the intelligence about Russia’s deal with the Taliban in Afghanistan. Biden said that if Trump was not briefed, then he would have committed a “dereliction of duty” and the same could be said if he was briefed and did not do anything about it.

The presumptive Democratic nominee also addressed the attacks made towards him by Trump and his campaign, who have tried to depict Biden as a man who is suffering from cognitive decline. When asked by the press if he has been tested for his cognitive capabilities, Biden said he is looking forward to debating Trump in the upcoming presidential debates. “I can hardly wait to compare my cognitive capability to the cognitive capability of the man I’m running against,” said Biden.