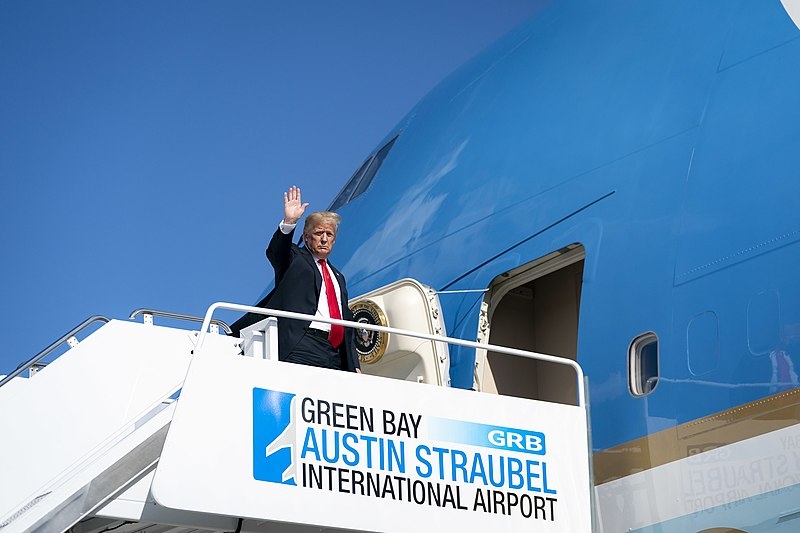 As the US is getting closer to the upcoming general elections in November, it may not come as a surprise that candidates, most especially Donald Trump and former vice president Joe Biden, are already airing ads that attack each other. Trump has now accused Biden of running false ads following the former vice president’s campaign starting its ad blitz.

The Daily Mail reports that Trump accused Biden on social media over the weekend for running false ads, less than two weeks after the former vice president began airing his campaign commercials. However, Trump did not disclose any evidence to refute any claims made by Biden in the ads, nor did he specify why the ads the Biden campaign ran were false.

“Corrupt Joe Biden’s team is running false ads. Almost everything in them is a knowing lie, just the opposite of what they are saying & very much like their Fake News partners!” tweeted Trump.

The Biden campaign began airing its ads in the six states that Trump won back in the 2016 elections. They spent $15 in their ad blitz in those six states as well. The first ad that was aired showed footage of Trump’s highly controversial photo op, where Black Lives Matter protesters were forcibly made to clear the area so he could take a photo in front of a church in Washington DC, holding a bible.

Another ad that was aired, showed footage from the 2017 Charlottesville white supremacist and neo-nazi rally. Trump received backlash for his remarks regarding the incident, saying that there were “very fine people on both sides.” Trump later backtracked by saying that his remarks were meant for those who showed up and were against removing the Robert E. Lee statue.

Meanwhile, Trump has been banned from another online platform. Twitch, Amazon’s video site, temporarily banned Trump’s channel, citing hateful conduct, in reference to his comments in two of his campaign rallies. One example was in one of his rallies in 2016, Trump said that Mexico was sending its bad actors, likening them to rapists and drug dealers. Another example was during his most recent rally in Tulsa, where he told a story about a “tough hombre” that broke into someone’s home.

The Trump campaign joined the platform as a way for supporters to stream his rallies. Twitch has since made clear that it did not exempt political content when removing content from channels.