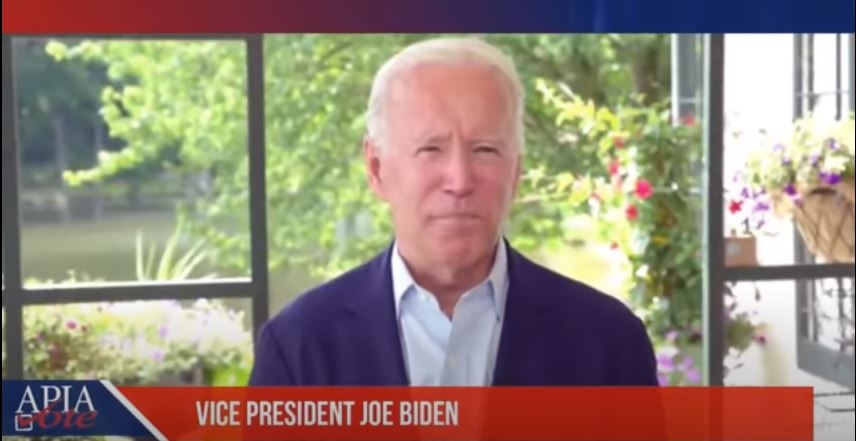 The weekend saw a lot of backlash towards Donald Trump for promoting the tweet of a supporter yelling ‘White power’ in a video. Former vice president Joe Biden has also weighed in on the Twitter mishap and criticized Trump, saying that he has ultimately picked a side.

The Hill reports that following Trump’s racist tweet, Biden tweeted, condemning Trump for the said tweet. The former vice president who is now the presumptive Democratic nominee even referenced Trump’s stance during the 2017 Charlottesville white supremacist event. “Today the President shared a video of people shouting ‘white power’ and said they were ‘great.’ Just like he did after Charlottesville. We’re in a battle for the soul of the nation - and the President has picked a side. But make no mistake: it’s a battle we will win,” wrote Biden.

White House spokesperson Judd Deere claimed that Trump did not hear such a racist statement in the video that he shared but rather saw the enthusiasm coming from his supporters. However, the tweet was widely criticized, with African-American Republican Senator Tim Scott of South Carolina also saying that the president should not have tweeted the video in the first place and that he should take it down. The tweet was up for several hours before it was ultimately deleted.

The former vice president continued to blast Trump, saying that he had already known about Russia paying bounties to the Taliban militants for killing US soldiers, he even managed to extend an invitation to Russian president Vladimir Putin to rejoin the G7. Biden also criticized Trump’s failure to impose sanctions or consequences on Russia for the alleged action. Although Trump has extended an invitation to Russia, his colleagues in the G7 have opposed the decision.

The White House has since denied the reports, but Press Secretary Kayleigh McEnany’s statement regarding the merit of the intelligence has suggested the possibility that the intelligence does exist.