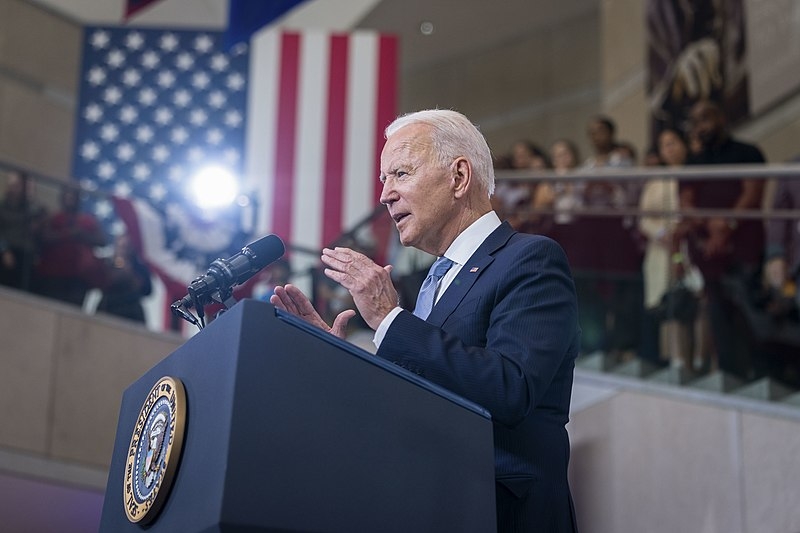 The US under President Joe Biden is now seeing the aftermath of the withdrawal from Afghanistan, ending the almost 20-year conflict in the war-torn country. As nations including China consider how to best approach the Taliban, Biden said that he is certain China is trying to work out an arrangement with the insurgent group.

Biden was pressed by reporters this week on whether he is concerned that China would fund the insurgent group, which has already been sanctioned by the US, the US leader said he was certain that China is likely trying to work out an arrangement. On the heels of the evacuation of the US and its allies from Afghanistan, the Taliban rapidly took control of the country almost unopposed. This led to over 100,000 Afghans, Americans, and allies that were in Afghanistan, rushing to flee the country as the insurgent group returned to power.

“China has a real problem with the Taliban,” said Biden. “So they’re going to try to work out an arrangement with the Taliban, I’m sure. As does Pakistan, as does Russia, as does Iran. They’re all trying to figure out what do they do now.”

The US and the G7 member countries have all agreed in taking a coordinated response to the insurgent group as it unveils its new government this week. Washington has blocked the Taliban’s access to Afghanistan’s reserves in an effort to hold the insurgent group accountable to their pledges to respect women’s rights and international law.

It should be noted, however, that China’s foreign minister Wang Yi spoke with US Secretary of State Antony Blinken about how to best approach the Taliban. In the phone call last August 29, Wang said that the international community must engage with the insurgent group and “positively guide” them.

Aside from the aftermath of the Afghanistan withdrawal, Biden is also tackling the issue of climate change and how it is affecting the country in the aftermath of Hurricane Ida. With the hopes of getting the country to run on clean energy, the Biden administration announced Wednesday that the country should aim to get 50 percent of its electric supply from solar energy by the mid-century.

This follows a report released by the Energy Department that said solar power could account for at least 40 percent of the power supply by 2035 and 45 percent by 2050, a drastic increase from its current amount at three percent.