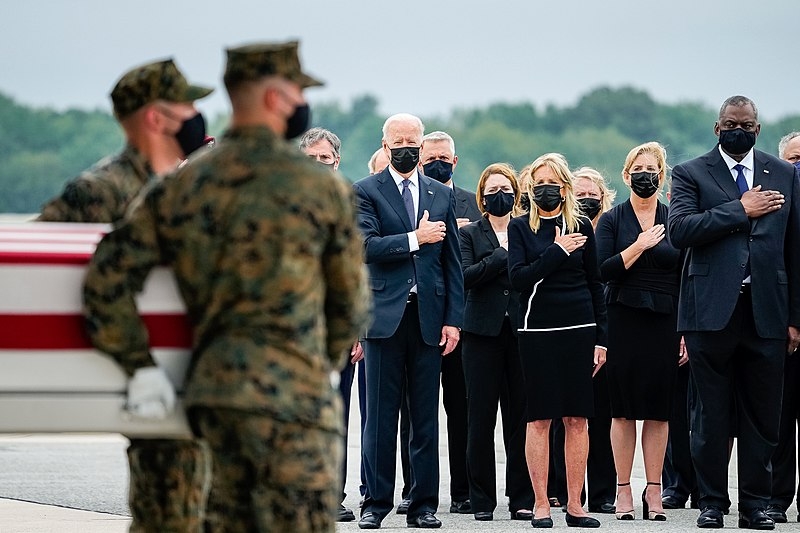 This week, the US military occupation of Afghanistan came to an end after almost 20 years of being in the region. With over 100,000 Americans and Afghans flown out and evacuated, US President Joe Biden expressed his thanks to the military for completing the mission and addressed the nation afterward.

Ahead of his address to the nation regarding the Afghanistan withdrawals, Biden released a statement hours after the news of the final US plane taking off from Kabul airport, confirming the end of the country’s military presence. Biden thanked all the members of the US military for their work in implementing the withdrawal efforts on the ground. Biden also noted the unanimous decision made by his military advisers in ending the military mission as planned.

Biden also said that he has urged his Secretary of State Antony Blinken to coordinate with his international counterparts to oversee safe passage for Afghans and Americans that still remain in the country and want to leave.

“This will include work to build on the UN Security Council Resolution passed this afternoon that sent a clear message of what the international community expects the Taliban to deliver on moving forward, notably freedom of travel. The Taliban made commitments on safe passage and the world will hold them to their commitments. It will include ongoing diplomacy in Afghanistan and coordination with partners in the region to reopen the airport allowing for continued departure for those who want to leave and delivery of humanitarian assistance to the people of Afghanistan,” said Biden.

During his address to the nation, Biden looked to address critics of the handling of the Afghanistan withdrawal. Republicans have been the most critical of Biden’s decision to withdraw the US from Afghanistan despite receiving support from a majority of veterans, including those who have actually served in Afghanistan. Biden said he takes responsibility for the initial chaos that ensued during the evacuation efforts, but defended his decision on pulling the troops out of the region.

Biden explained that they did not anticipate the rapid collapse of the Afghan army to the Taliban, but noted that other people also share the blame for the chaos, including his disgraced predecessor Donald Trump, and Afghan President Ashraf Ghani. Biden pointed out that he had inherited the Doha agreement that Trump made with the insurgent group that also allowed the release of 5,000 Taliban prisoners.