Jared Kushner among the nominees for Nobel Peace Prize 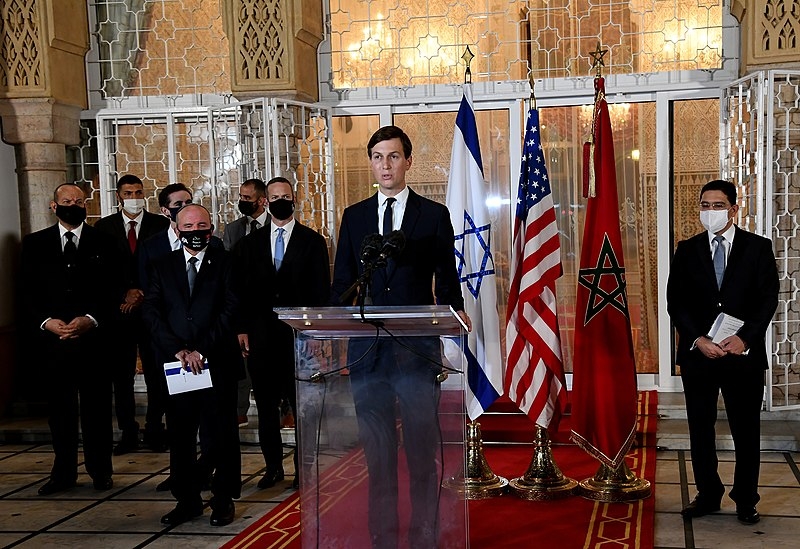 Donald Trump’s son-in-law and former White House adviser Jared Kushner negotiated deals between the US and countries in the Middle East during the Trump administration. It was because of this that Kushner has joined the list of nominees to receive the Nobel Peace Prize.

Kushner was recently announced as one of the nominees for the Nobel Peace Prize, along with his deputy Avi Berkowitz. Their nomination was for their involvement in overseeing four normalization deals between Israel and other Arab nations, also known as the Abraham Accords. The deals Kushner and Berkowitz oversaw were between Israel and the United Arab Emirates, Morocco, Sudan, and Bahrain. Kushner and Berkowitz were nominated for the accolade by attorney Alan Dershowitz, who is professor emeritus in Harvard Law School.

The Abraham Accords were established between mid-August to December. While the deals resulted in formal relations between Israel, the UAE, and Bahrain, peace deals were not reached. This was because the three countries are not at war and already have significant informal relations with each other.

Aside from Kushner and Berkowitz, climate change activist Greta Thunberg, Russian opposition leader Alexei Navalny, and the World Health Organization. Stacey Abrams, who championed voting rights in Georgia, the state that played an integral role in not only Joe Biden’s election victory but also the victories of Democratic Senators Jon Ossoff and Raphael Warnock. Thunberg, Navalny, Abrams, and the WHO’s nominations were from Norwegian lawmakers who have been known to pick the award’s recipients. The recipient of the award will be named in October.

Previously, Kushner and his wife, fellow White House Adviser Ivanka Trump, had already relocated from Washington to a luxury condo in Miami, Florida, where they have signed a one-year lease. The couple rented a condo at the Arte, one of the most expensive oceanfront residential buildings in the state. Their temporary residence would put the couple close by the plot of land that they previously purchased in the exclusive Indian Creek Island in Miami, also known as “Billionaire’s Bunker.” The move to Florida by the couple and their family also follows the growing speculations that Ivanka would follow in her father’s footsteps and launch her own political career.