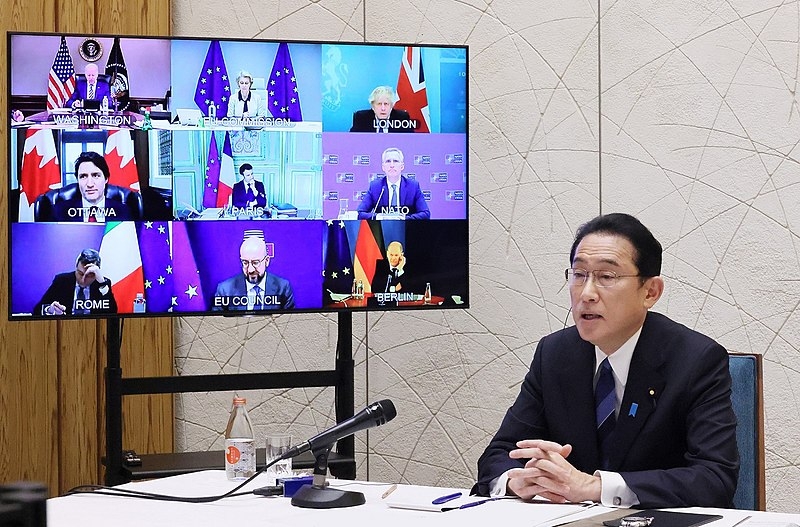 The ongoing war in Ukraine has led to fears surrounding the tensions over the Taiwan Strait and the region as a whole. Japanese Prime Minister Fumio Kishida said this week that peace and stability must be maintained in the Taiwan Strait.

Following his meeting with UK Prime Minister Boris Johnson in London, Kishida stressed the importance of uniting the G7 countries. Kishida warned that East Asia may share the same fate as Ukraine and that coordinating with other like-minded countries is important to prevent such an invasion from happening in the region.

“Collaboration among countries sharing universal values becomes ever more vital,” said Kishida. “We must collaborate with our allies and like-minded countries, and never tolerate a unilateral attempt to change the status quo by the use of force in the Indo Pacific, especially in East Asia.”

Kishida also stressed the importance of maintaining peace and stability in the Taiwan Strait, not only for Japan’s security but also for “international society.” Kishida said that Japan maintains its stance on achieving a peaceful resolution regarding the island nation.

China claims Taiwan as a breakaway province which the democratically-governed nation has rejected. Beijing has since engaged in a pressure campaign to get the island nation to submit to the mainland through repeated incursions into its airspace and conducting military drills whenever foreign officials visit the island. China has not ruled out using military force to seize control of the island.

Meanwhile, Taiwan officials suggested Thursday that it scrapped a plan to purchase advanced anti-submarine warfare helicopters from the US, citing the high price, according to Reuters. This comes as the island nation previously revealed plans to buy 12 MH-60R anti-submarine helicopters manufactured by Lockheed Martin Corp. The US reportedly rejected the sale, citing that it was not in line with Taiwan’s needs, according to local media outlets.

Defense Minister Chiu Kuo-cheng mentioned the scrapped plan to buy the helicopters when pressed in parliament regarding the changes to the island nation’s purchases of new weapons from the US. Other US weapon purchases by Taiwan are also facing delays in deliveries, such as howitzer systems and Stinger anti-aircraft missiles.