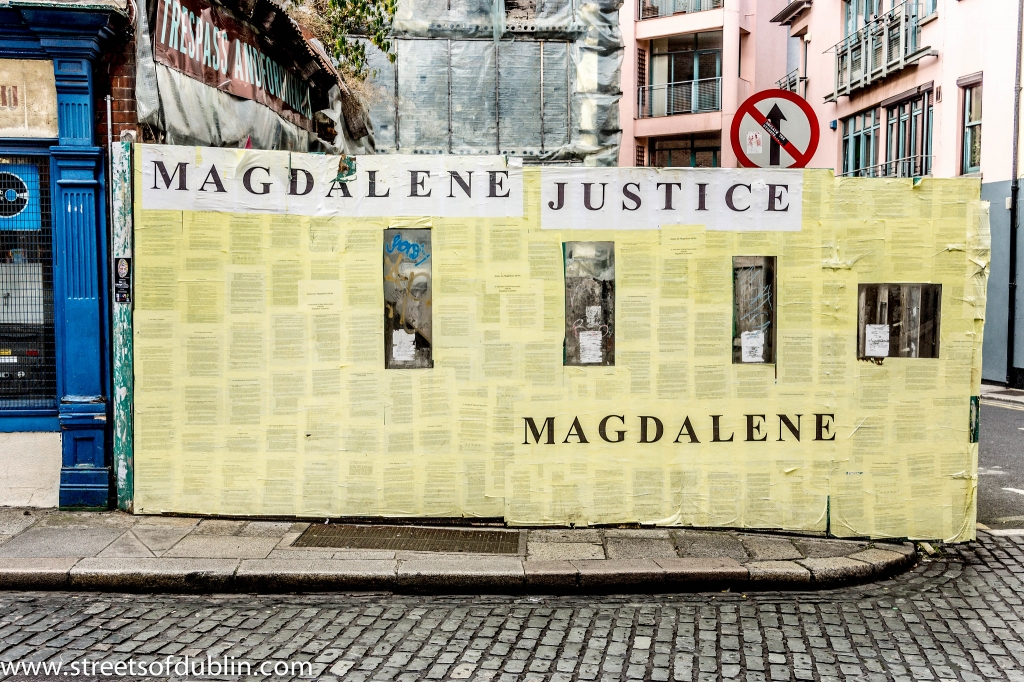 In the 20th century Magdalene laundries were punitive institutions where young

For the greater part of the 20th century Ireland was marked by a culture of shame that separated thousands of women from their children, many of whom were forcibly given up for adoption. The trauma inflicted by these separations was compounded by legal barriers that prevented adopted people from accessing information about themselves.

However, on Tuesday May 12, the Irish government published a draft bill that would give those adopted the right to access their birth information. This comes in the wake of decades of activism by adopted people and their supporters, and has the potential to significantly reform an adoption system historically marked by secrecy, shame and the trauma arising from institutionalisation.

In modern Ireland, institutions such as mother and baby homes and the Magdalene Laundries were tasked by the state to deal with “fallen” women who had transgressed ideals of Irish femininity, especially by becoming pregnant out of wedlock. Their children were either boarded out to foster parents, institutionalised, or adopted by families of the same faith, some as far away as America, and – as survivors, advocates and researchers have long maintained – often under questionable circumstances.

Many searches by birth parents and children have been thwarted (as poignantly captured in the Oscar-nominated film Philomena), and adopted people in Ireland have been denied information about themselves – if it still exists – that is readily available in other jurisdictions. Although there have been media investigations and the government commissioned a 2019 review into a small sample of illegal adoptions, and published its mother and baby homes investigation in March, there has never been a fully fledged investigation into adoption practices in Ireland.

The information we do have, including testimony from adopted people and their birth parents, calls into question the legality and morality of such practices. A recent RTÉ Prime Time investigation showed how familial relationships were deliberately and systematically severed, with children taken and given away – all to enforce a particular moral code.

Punishing women and their children

That code, as we now know, was highly problematic, informed by a social conservatism and Catholic moral teaching that particularly penalised women and children. As with so many investigations into Ireland’s past, shame featured here as a frame with which powerful figures – seemingly acting with impunity – established women as deserving or undeserving of children.

Shame, and the potential revealing of one’s “shame” of being pregnant, was used as a means of control. The fall-out from this culture and the consequences of its secretive and illegal separation of women and children, was movingly related by adopted people in the RTÉ documentary. They highlighted the ongoing hurt such practices have caused down through the generations, compounded by their inability to access their birth records.

The recent mother and baby homes investigation was set up by the Irish government to examine the practices and treatment of women and so-called illegitimate children at these institutions. Sadly it did not engage in an in-depth assessment of adoption in Ireland, and its March 2021 report includes some highly questionable assertions, including that there was little evidence of “forced adoption”.

Bizarrely, the report simultaneously maintains that women “did not have much choice” but to give their child up for adoption, and “had no alternative” but to enter a mother and baby home when pregnant. It attributes responsibility for the “harsh treatment” meted out to unmarried pregnant women to the fathers and their own immediate families, casting the church and state in mere contributory roles. These and other sections of the commission’s report are being disputed by survivors, a number of whom, including prominent advocate Philomena Lee (subject of the eponymous film), are seeking to quash parts of the report via the courts.

But what of the powerful people who ran not just the institutions, but Irish society more generally, and who maintained the wider culture of shame? What of the religious orders and doctors shown in Prime Time’s investigation who made decisions about who was to have a child, and illegally facilitated the taking of children?

While the commission includes references to shame in its report, it did not refer to the academic literature on the subject – not even in an Irish context, an area in which I conduct my research. There is a growing body of important work on the role of gendered shame in Ireland and how this relates to processes of institutionalisation.

Had the commission consulted such work, it might have come to some very different conclusions, and avoided the considerable criticisms made by researchers, survivors and their supporters. It might have encountered the idea of “affective economies” of shame (highlighting how shame circulates between and becomes attached to certain people), and questioned who benefited materially and socially from the sexual shaming of women and their children. And it might have developed a better understanding of how shame operates through social structures, including gender and class, and how inequalities are reproduced through shame.

The challenge now is to acknowledge the past injustices committed against women and children through the deployment of shame, and to disrupt the trauma that is still being compounded by inadequate treatment of the people most affected. Any action must, at a minimum, entitle adopted people to information about themselves, including via this newly announced legislation.

Although this draft bill has just been published, adopted people have already raised some concerns about its design; they have questioned the need for meetings with social workers to explain privacy regarding parents who have indicated a desire for no contact, and expressed disappointment at the inability of relatives to apply for birth information on behalf of deceased loved ones.

The Irish state must now work with adopted people to ensure this legislation fully provides them with the information they should have been entitled to long ago. In this way it will take an important step in redressing the impact of this legacy of shame in Ireland.

Clara Fischer has previously received funding from the British Academy for a research fellowship on the politics of shame in relation to gender and institutionalisation in Ireland.