Iran is capable of developing nuclear weapon but has no intention, says nuclear chief 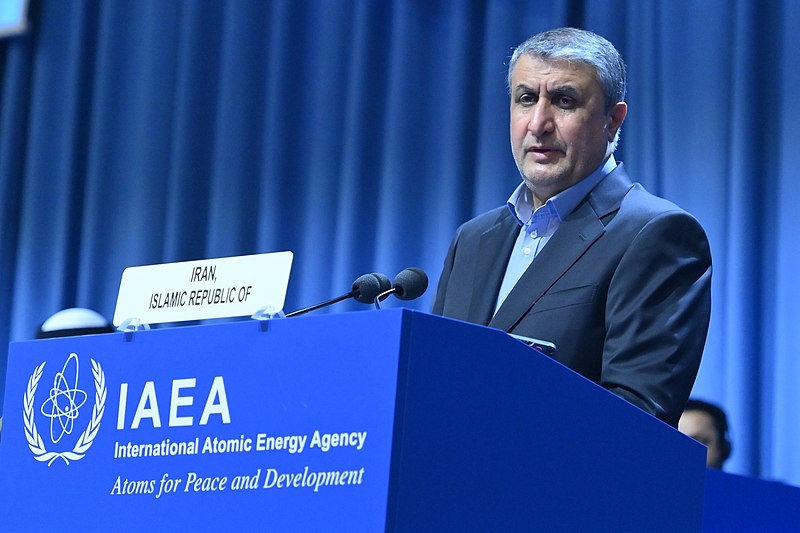 The head of Iran’s nuclear agency reiterated the country’s intentions for developing its nuclear program. The country’s nuclear chief said that while Iran has the capability to develop a nuclear weapon, it does not intend to make such a weapon.

The semi-official Fars news outlet reported Monday that Mohammad Eslami, who is the head of Iran’s nuclear agency, said there is a capability to make a nuclear weapon, but there is no intention to make one.

Eslami reiterated the comments made by the adviser to Iran’s Supreme Leader Ali Khamenei, Kamal Kharazzi, back in July.

“As Mr. Kharazzi mentioned, Iran has the technical ability to build an atomic bomb, but such program is not on the agenda,” said Eslami.

Kharazzi’s comments back in July hinted that Iran may be interested in developing nuclear weapons. However, Tehran has denied such an intention.

This comes as Iran is already enriching uranium to up to 60 percent purity which is far beyond the cap of 3.67 percent that was set under the 2015 nuclear deal with world powers. Uranium that is enriched to up to 90 percent could be used for a nuclear bomb.

Talks resumed last year between Iran and world powers to restore the deal. The deal was withdrawn by the US under Donald Trump in 2018. Negotiations have since stalled this year, and the European Union’s foreign policy chief Josep Borrell presented a new draft text in an effort to revive the agreement.

Tehran has responded to the new proposal and has sought to quickly put an end to the negotiations, according to the lead negotiator Sunday.

During a global nonproliferation discussion at the United Nations Monday, US Secretary of State Antony Blinken said a return to the 2015 deal is still the best outcome for the United States, Iran, and the rest of the world.

However, Blinken also said it remains to be seen whether Iran was willing to go through with reviving the agreement but did not answer whether the US was also prepared to return to the negotiations.

“The EU has put forward a best proposal based on many, many months of discussions, negotiations, conversations. It’s very consistent with something that they put forward in March that we agreed to – that we would pursue in March,” said Blinken.