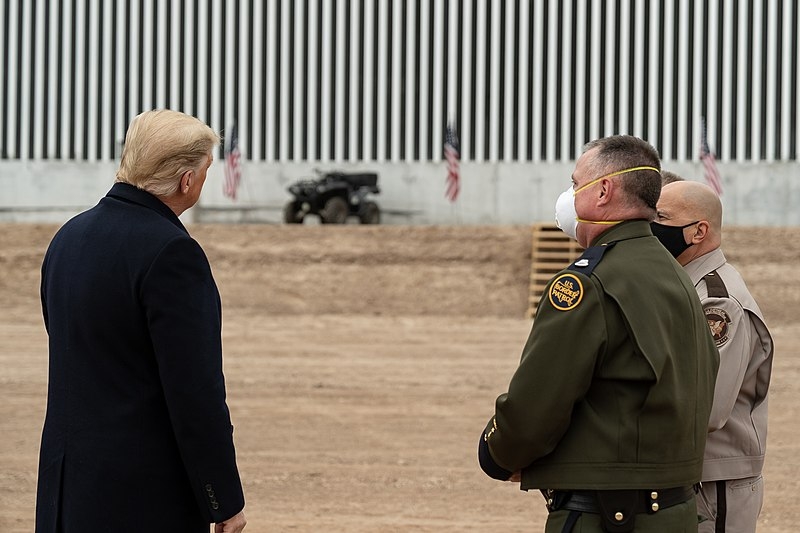 Former President Donald Trump has repeatedly attacked his successor Joe Biden’s administration’s handling of the border crisis that is a reversal of his hardline stance. Trump announced that he would be visiting the border in Texas with its Republican Governor Greg Abbott.

Trump announced through a statement that he will be traveling to Texas to visit the country’s southern border. The former president will be visiting the border on June 30, accepting the invitation from Abbott. The invitation from Abbott comes as he has announced that the state will build its own border wall, similar to the wall that Trump promised during his 2016 campaign.

In the statement, Trump attacked the Biden administration’s handling of the current border crisis, describing the situation as “the single worst border crisis in US history.” This follows record numbers of migrants looking to enter the US after Biden was inaugurated. Trump claimed that the border was safe and secure when his administration departed.

Trump added that neither Biden nor Vice President Kamala Harris not visiting the border to check in with authorities does not help in mitigating the crisis. Many Republicans have also jumped to criticize the Biden administration, specifically Harris, who is leading the efforts of stemming migration from the source for not visiting the border. Nevertheless, the former president said that he hopes the officials at the southern border feel that they are supported by his upcoming visit.

The Texas Governor, who is up for reelection in 2022, has yet to release his strategy of how to fund building the border wall for the state. However, Abbott said in a podcast that he will look to donations for funding.

In other news, new emails released this week by the House Oversight Committee revealed the extent to which Trump was willing to go to stay president. The cache of emails showed that Trump and his allies pressured top Justice Department officials to challenge the 2020 election results over his baseless claim of fraud. The Committee obtained the records from the DOJ, noting that Trump, his then-Chief of Staff Mark Meadows, and another private attorney pressured the acting DOJ officials to push his false claim of fraud.

This was one of Trump’s unsuccessful efforts to overturn election results. Trump and his campaign filed over 60 lawsuits in states that went to Biden, only to lose almost all of them.