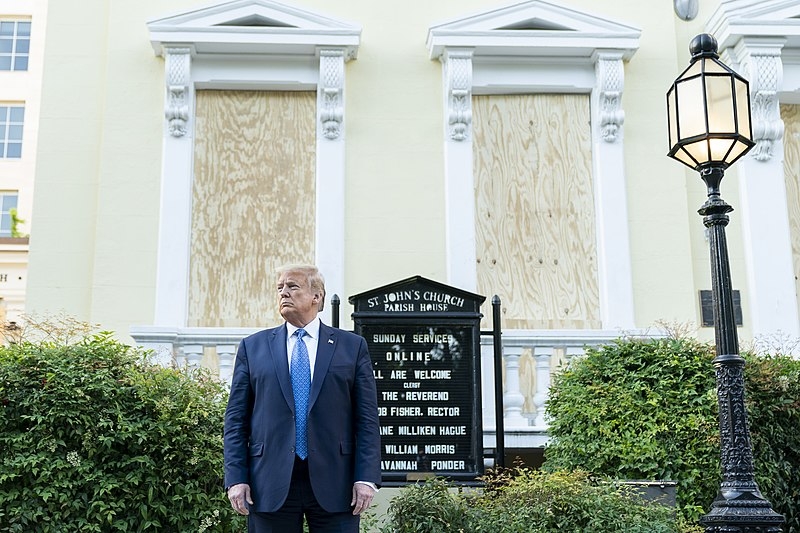 In the summer of 2020, the killing of George Floyd sparked widespread Black Lives Matter protests that were not handled well by then-president Donald Trump and his administration. A new book claims a rare moment where Trump privately expressed empathy for Floyd.

According to an excerpt from the upcoming book by Wall Street Journal Michael C. Bender, “Frankly We Did Win This Election: The Inside Story of How Donald Trump Lost,” Trump and his aides, including National Security Adviser Robert O’Brien, son-in-law and adviser Jared Kushner and social media director Dan Scavino, watched the video footage of Floyd getting killed. The book revealed that they could not finish watching the footage as the former president looked to be repulsed by the scene. Floyd, a black man, was killed by white police officer Derek Chauvin after kneeling on his neck for almost 10 minutes.

Following his call for then-DOJ AG William Barr to fast-track the probe into the case, Trump met with Barr and recalled stories he heard of law enforcement using brutal tactics as he was growing up in Queens, New York.

“I know these f***ing cops,” said the now-former president at the time. “They can be rough.”

Those who heard the comment thought of it as unusual, revealing a perspective he never showed in public, according to the book. Despite this critique of the police, Trump apparently did not think it was his place to express empathy for Floyd and was concerned that by doing so, would be a show of weakness towards his base of supporters.

The administration’s response to the ongoing protest led to the controversial photo of the former president taken in front of a church in DC holding a bible. Many were also outraged in the manner of what federal and local law enforcement officials did to clear out Lafayette Square with tear gas. Recently, a federal judge has dismissed the lawsuit claiming that the protesters’ civil rights were violated when they were forcibly cleared out of the park.

US District Judge Dabney Friedrich said Monday that the claims in the suit were speculative. Friedrich also said in the 51-page ruling that it was premature for the court to conclude whether the actions were justified or not.