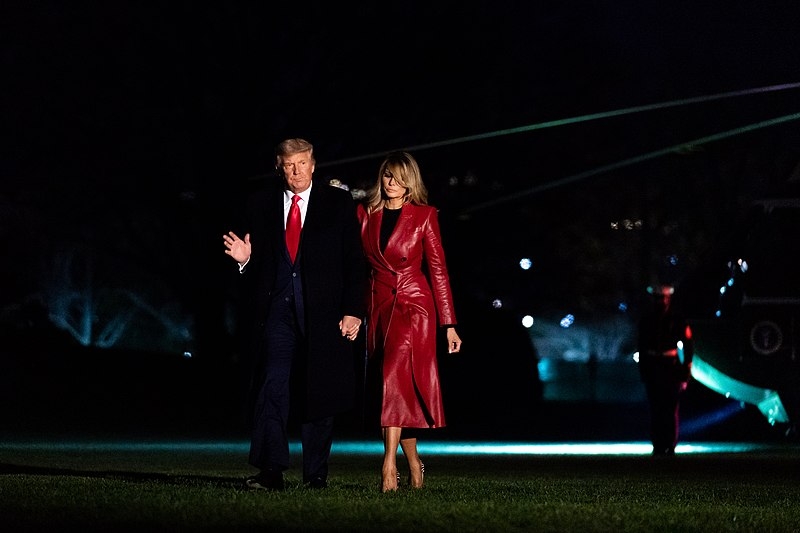 Former President Donald Trump is also a father and celebrated Father’s Day with the rest of the world over the weekend. However, his strange message wishing everyone a happy father’s day drew backlash from netizens.

Trump issued a strange statement wishing everyone a happy father’s day. However, as he mentioned the holiday, he also turned the statement into an attack towards his critics from both political parties and the usual “Radical Left” and called them “Losers.” The former president then said he hopes everyone could come together.

“Happy Father’s Day to all, including the Radical Left, RINOS, and other Losers of the world. Hopefully, eventually, everyone will come together!” said the former president in the statement. Trump lost the bitter 2020 Presidential elections to Democrat Joe Biden and has since repeatedly pushed election fraud as the cause of his loss to Biden despite the claim being widely debunked. Trump was impeached by the House twice, the latest was a result of his election fraud claims that led to the insurrection.

Nevertheless, it drew the ire of many netizens. “This a malevolent message. Do better,” said one commenter. Another user questioned if Trump included himself as part of the latter group in his message. A third commenter questioned if the statement was meant as a joke and wondered who would say such things on Father’s Day.

Another commenter pointed out the former president’s inability to wish everyone a happy father’s day without making an attack on his critics or insulting anyone in general.

Titled “Fred’s Failure,” the advertisement that is part of the group’s efforts to stop the former president from taking office again, claims that Trump conned and lied his way through several business ventures that failed. It also featured the former president’s father quoting Shakespeare and supposedly predicting his son’s future failings.