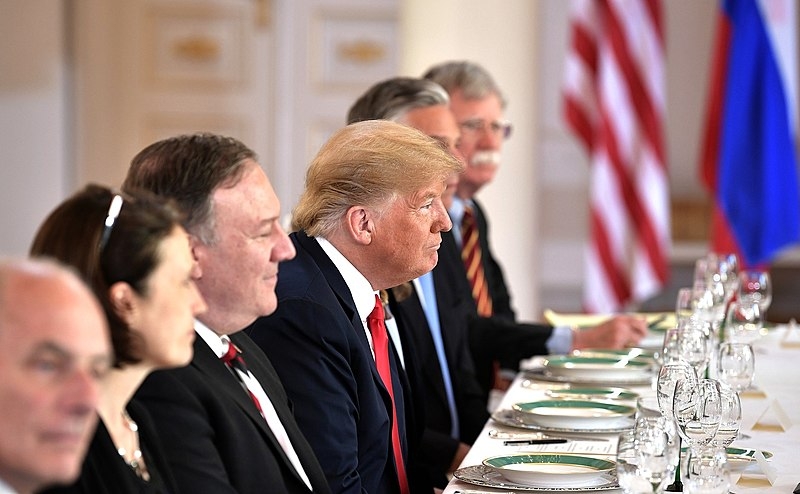 During Donald Trump’s presidency, hundreds of thousands of Americans were killed by COVID-19 as infections rose in 2020. A new book claims that Trump had also openly wished his former National Security Adviser, John Bolton, would get infected and die from the disease.

A book by Washington Post reporters Yasmeen Abutaleb and Damian Paletta, “Nightmare Scenario: Inside the Trump Administration’s Response to the Pandemic That Changed the World,” revealed that the former president would mock those who got infected with COVID-19. Trump would later test positive for COVID-19 himself. The now-former president then wished that Bolton would get infected and die from the disease.

The sources of the author believed Trump was serious about wishing Bolton would die from COVID-19. Bolton has drawn the ire of the former president due to his tell-all book revealing the Ukraine scandal that would lead to Trump’s first impeachment.

“Trump had tried to joke about the virus for months, sometimes even mocking people who had become ill,” wrote the authors. “At one meeting several months, NEC Director Larry Kudlow had stifled a cough. The room had frozen...Trump had waved his hands in front of his face as if to jokingly ward off any flying virus particles and then cracked a smile. ‘I was just kidding,’ he’d said. ‘Larry will never get COVID. He will defeat it with his optimism…’ ‘John Bolton,’ he had said. ‘...Hopefully, COVID takes out John’.”

Meanwhile, Rodney Scott, who was appointed by Trump as the chief of the US Border Patrol, was told to step down by the Biden administration. Scott told agents that he would be reassigned. In a statement Scott shared on social media, he explained that the administration had given him options to either resign, retire, or relocate without reason for his removal.

This situation is nothing new. Trump removed Mark Morgan from the position after assuming the job under the Obama administration.