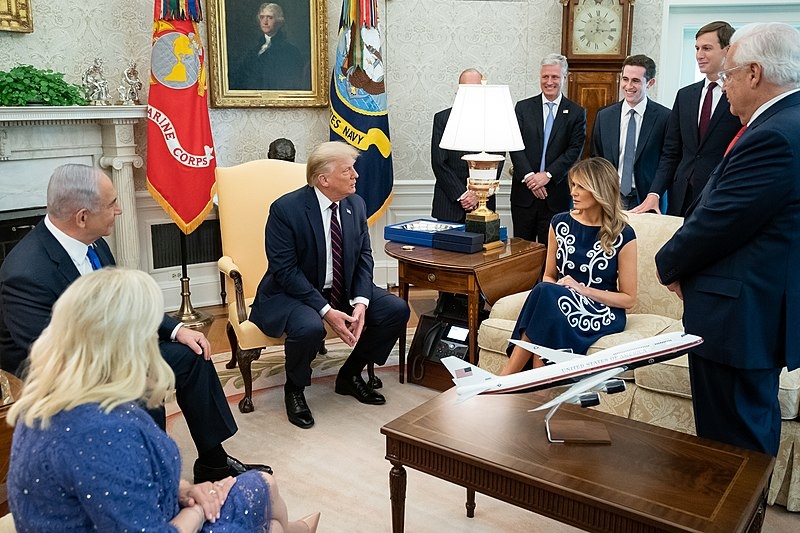 There have been tensions within the Trump family as of late, specifically between the former president and his son-in-law and adviser Jared Kushner. With the former White House adviser landing a major book deal, Trump is reportedly jealous.

People familiar with the matter revealed to CNN that Donald Trump recently ranted about his son-in-law landing a major book deal that is reported to be seven figures. Trump reportedly claimed that Mr. Kushner might use the book deal to take credit for his administration’s achievements. Another person knowledgeable in the matter said that Trump has always been suspicious of Mr. Kushner.

A former White House official also told CNN that Trump would watch his advisers and aides “like a hawk” to make sure that they do not take credit for his achievements.

Trump has also reportedly started questioning Mr. Kushner’s own accomplishments under his administration. Mr. Kushner has overseen efforts to bring peace to the Middle East. However, those efforts seem to have been shelved following the recent violence in Israel and Palestine.

“It is not a secret President Trump doesn’t like when he thinks other people are getting attention for something he feels he has facilitated,” the former WH official said. “There’s a sweet spot between saying nothing about work you did and saying too much that everyone has to find -- or else he gets triggered.”

In other news, Trump has often floated around the conspiracy theory of getting “reinstated” as president this year. The bitter 2020 elections saw Trump losing to Joe Biden, with a victory he says is largely due to voter fraud. The claim that has often been refuted by the courts and by officials also resulted in the Capitol insurrection last January 6.

The former president was asked by David Brody for the “Water Cooler” show about the possibility of his reinstatement. Trump said that it would be up to the public in case there was evidence of widespread voter fraud. However, all 50 states including the District of Columbia have certified the vote and Congress has already certified the electoral votes.

Trump’s remarks also harken to his constant monitoring of the GOP-led Arizona election audit that has since been widely criticized. This may signal his supporters to once again repeat what transpired during the insurrection due to his false claims of fraud.