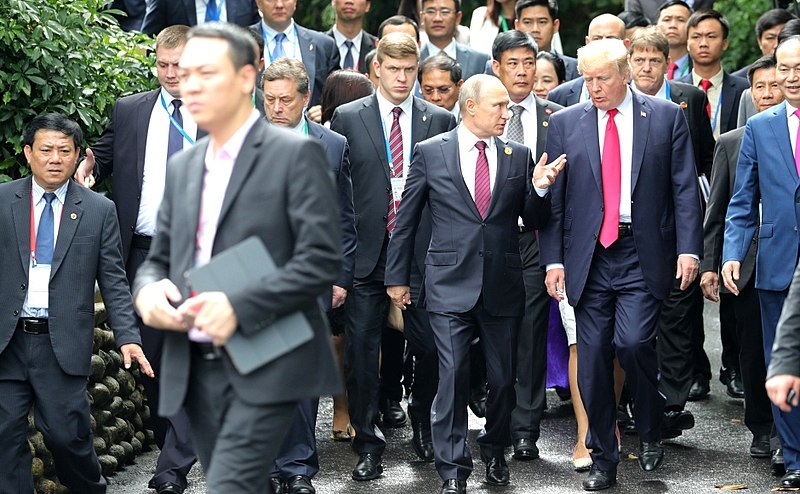 One of the criticisms against former President Donald Trump was his alleged connections with Russia, especially during the 2016 election. In his first sit-down interview since leaving the White House, Trump praised his relationship with Vladimir Putin.

Trump sat down with Fox News’s Sean Hannity for an interview where he was pressed on reelection chances, candidates he has endorsed and repeated his false claim of election fraud as the reason why he lost a second term to Joe Biden. Trump also ranted about the investigations into his ties with Russia during the interview. The former president recalled his 2016 campaign aides asking him about his connection to Russia but denied the relationship.

The former president’s comments also come as Russian opposition leader Alexei Navalny was transferred to a prison hospital and the Pentagon’s warning about the buildup of Russian troops into the eastern border of Ukraine. The White House had already warned of possible sanctions against Russia again should Navalny die in prison. The Biden administration had also released an extensive intelligence report that suggested Russia obtained the data of the Trump campaign back in 2016.

Trump also praised his relationship with North Korean dictator Kim Jong Un in the interview. The former president shared that they have written letters to each other and dismissed his predecessor Barack Obama’s comments that North Korea is a threat. “When I came in President Obama said … ‘the biggest problem we have is North Korea. There’s going to be a war’. There was no war, we got along great,” said the former president.

In other news, one of the legal battles that Trump is now facing is the rape defamation lawsuit filed against him by author E. Jean Carroll. However, with his administration’s DOJ lawyers coming to his defense again, Carroll’s attorneys, led by attorney Roberta Kaplan, criticized the intervention of Trump-era DOJ lawyers to defend the former president. Kaplan argued that should the DOJ continue to represent Trump in the case, it would set a new rule that would allow federal lawyers to defame anyone on social media or to the press and label it as being part of the person’s official duties.