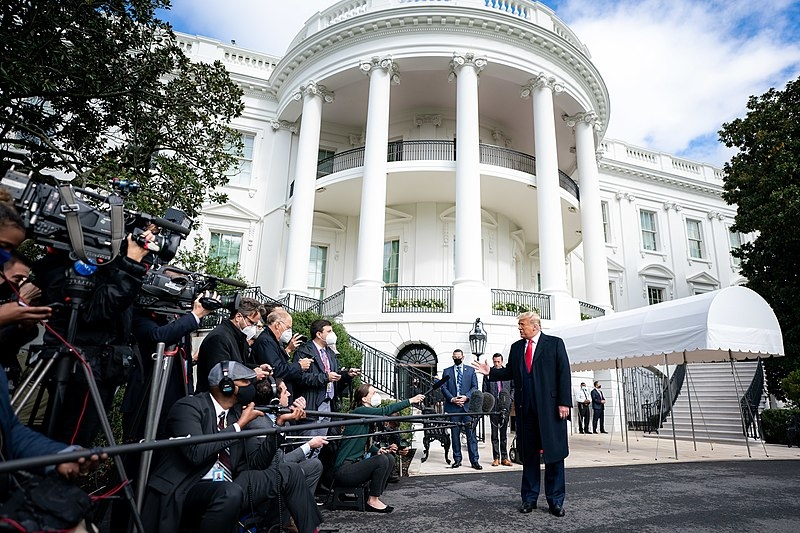 Among the heap of lawsuits that former President Donald Trump is facing is the rape defamation case by author E. Jean Carroll. In a new court filing last week, Carroll’s attorneys have criticized the controversial move by the Justice Department attorneys to represent him.

In a court brief that was filed last week, Carroll’s attorney Roberta Kaplan criticized the Justice Department for continuing to represent Trump. This follows the challenge of the court ruling by federal attorneys at the US Court of Appeals for the Second Circuit. Kaplan accused the DOJ of trying to set a new rule that would still give federal officials some immunity who would engage in defamation, whether as a response to critics or while speaking to the press.

“That rule is both wrong and dangerous, and this Court should reject Appellants’ effort to avoid answering for Trump’s conduct,” wrote Kaplan. Kaplan argued that the former president’s defamatory comments towards Carroll were personal and not presidential and that there was no legal basis for the comments to be part of his presidential duties.

Carroll herself also criticized the DOJ’s argument that Trump’s attacks towards her were part of his duties as president at the time. Carroll added that she hopes that Joe Biden’s Justice Department would also find the attacks “offensive.”

“This is offensive to me. This is offensive to sexual assault survivors everywhere,” said Carroll. “I hope that it is offensive to the Justice Department under Biden...I am confident that the Second Circuit will make it clear that no president, including Donald Trump, can get away scot-free while maliciously defaming a woman he sexually assaulted.”

In the trailer, Borat mocks Trump’s baseless claim that the 2020 election was stolen or rigged from him. Baron Cohen previously shared that the former president inspired him to make the movie.