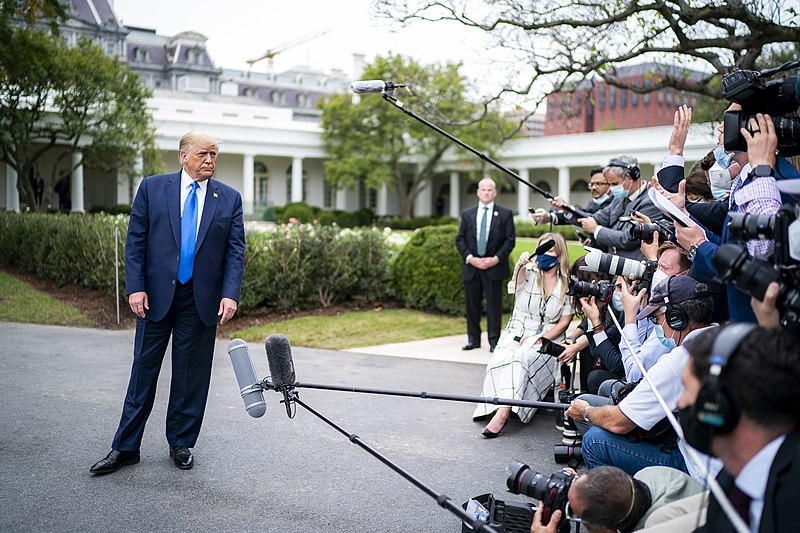 Donald Trump has repeatedly claimed that a COVID-19 vaccine would be ready sometime before the election. Following news of the Food and Drug Administration’s potential plans to consider tougher guidelines when it comes to releasing the possible vaccine, Trump claimed that this move was political.

Speaking at a White House news conference, Trump claimed that the FDA’s plan to enforce stricter guidelines on a COVID-19 vaccine was a political move. The possible new guidelines would likely push for authorization after election day on November 3 according to people knowledgeable on the matter.

Trump also claimed that the White House can override the FDA over these possible guidelines. “We’re looking at that and that has to be approved by the White House. We may or we may not approve it. That sounds like a political move,” said Trump.

The FDA did not comment on Trump’s claims, but an FDA official revealed that guidelines usually go through the White House Office of Management and Budget for review. The commissioner of the agency, Dr. Stephen Hahn previously gave the assurance at a Senate hearing that the FDA will not authorize or approve a COVID-19 vaccine that does not meet their safety and effectiveness standards.

While two former FDA officials have revealed that it would be unlikely that Trump could pressure the scientists into a fast-tracked authorization or approval of a COVID-19 vaccine, it is still possible for the federal government to override the FDA. Nevertheless, some have raised concerns that the review process made by the government could be bent for political reasons.

Penned by West Virginia Senator Joe Manchin, the resolution states that the Senate is committed to upholding a peaceful transition of power and that no disruption made by the current president or any official will overrule the votes of the electoral college.

“The winner of the November 3rd election will be inaugurated on January 20th. There will be an orderly transition just as there has been every four years since 1792,” tweeted Senate Majority Leader Mitch McConnell.