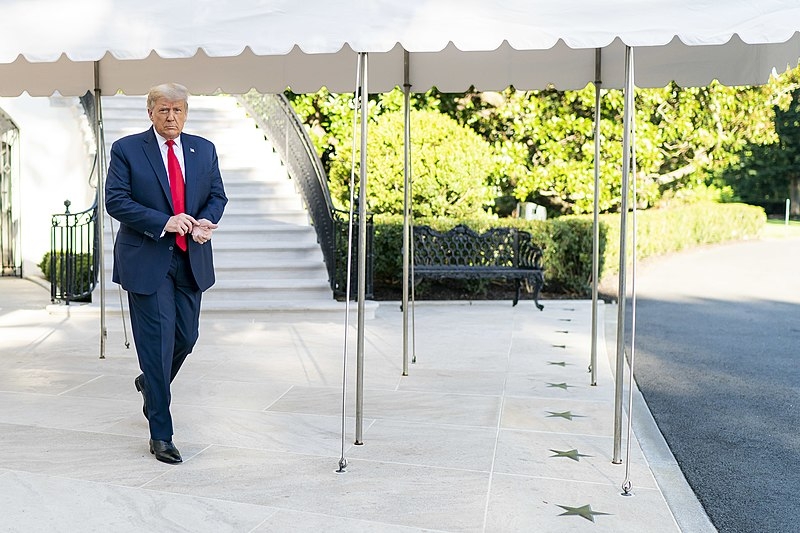 Aside from the revelations offered by journalist Bob Woodward also come big reveals from special counsel Robert Mueller’s deputy Andrew Weissman in his upcoming book. The book, offering a peek into the Mueller investigation, reveals that the special counsel did actually find proof of Donald Trump’s obstruction of justice, yet ultimately did not write it down.

The Daily Mail reports that Weissman’s book reveals how Mueller actually did find evidence of Trump’s obstruction of justice, yet did not include it in the report for fear of retaliatory action by the president. Weissman continues to claim that Mueller did not try and subpoena Trump nor his three eldest children; Don Jr., Ivanka, or Eric, out of fear of upsetting Trump. These claims come less than six weeks until the November election, where Trump is vying for a second term as president against Democratic candidate Joe Biden.

While the Mueller investigation was thought to be a threat to Trump’s presidency, Weissman claimed that it ultimately failed to serve its purpose. The nearly-two year long investigation centers around whether Trump collaborated with Russia to win the 2016 election and obstruction of justice through the dismissal of former FBI director James Comey.

Mueller at the time declared that while there was not enough evidence to show that Trump and his campaign colluded with Russia to secure his win in the elections, he was unable to exonerate Trump. Mueller also left the final decision to DOJ attorney general William Barr on whether or not criminal charges would be placed against him. Barr declined.

In other related news, Trump spoke fondly of Russian president Vladimir Putin during his recent rally on Monday. His praise of Putin comes at a time where intelligence agencies in the country are already raising concerns about Moscow’s interference in the upcoming elections in November. “I like Putin, he likes me,” said Trump about the Russian leader.

Trump and the intelligence community have been at odds regarding foreign meddling in the US elections. His recent remarks about Putin also come off as another reminder of Trump’s refusal to condemn Moscow as long as it helps him politically. Instead, Trump and his allies have tried to shift the focus onto China while more and more evidence is surfacing that suggests that Russia is already meddling and is doing so under Putin’s authorization.