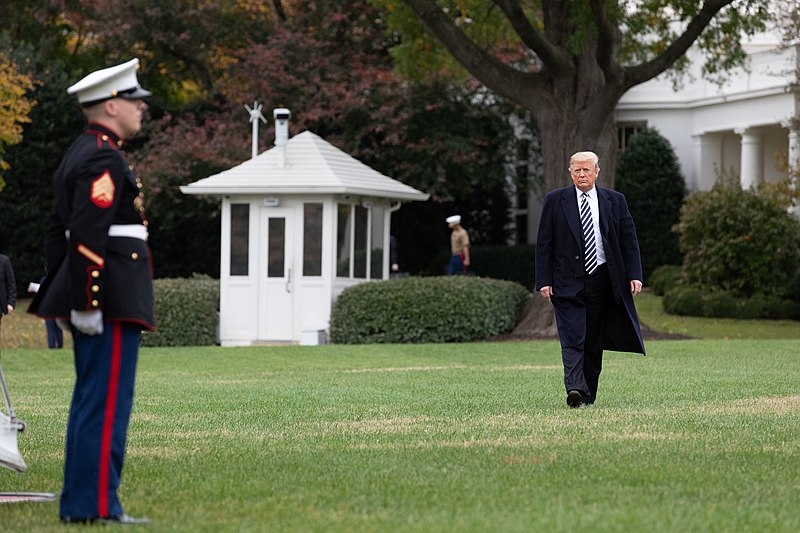 One of the lines of attack former President Donald Trump has used on his now-successor Joe Biden was usually targeted towards his age and mental acuity. According to a new book, Trump had steered clear of attacking Biden too strongly out of fear that the Democratic party would replace him with a much stronger candidate.

According to an upcoming book by the Wall Street Journal’s Michael Bender, “Frankly, We Did Win the Election: The Inside Story of How Trump Lost,” Trump called Biden a “mental retard” even as Biden was leading in the presidential polls during the recent elections due to his age. Biden is the oldest president to get elected at 78 years old. However, Trump was concerned that the Democratic party would realize that Biden may be too old to run for president, and thus would be replaced by someone like his 2016 rival, Hillary Clinton, or even former first lady Michelle Obama.

The idea was given to the now-former president by former Clinton adviser Dick Morris, who has since shifted political ideologies and was informally advising Trump. According to Bender, Morris told Trump that Biden was too old and was prone to gaffes to become the Democratic nominee. The former president also said that he thought his racist attacks on Massachusetts Democratic Senator Elizabeth Warren were too successful.

Trump nicknamed Warren “Pocahontas” when she made the controversial comment of having Native American ancestry. As Trump supposedly thought that Warren would be the easier opponent, Trump was apparently expressing concerns to his aides that the Democratic party would realize that Biden was too old. With that realization, Trump told his aides that the party might give the nomination to someone like the former first ladies like former secretary of state Hillary Clinton and Michelle Obama.

Biden would ultimately win the 2020 elections, which Trump has refused to accept defeat.

Meanwhile, Trump is also at the center of several investigations, and recently his former White House counsel Don McGahn testified before the House Judiciary Committee. Transcripts of the hearing that took place earlier this month revealed that McGahn felt pressured by the former president’s constant demands to have special counsel Robert Mueller removed.

Mueller led the investigation into possible Russian interference during the 2016 elections that led to Trump’s victory. McGahn said he felt “trapped” by Trump’s demands as he thought he had already given his advice to the now-former president yet they were still having the same conversation.