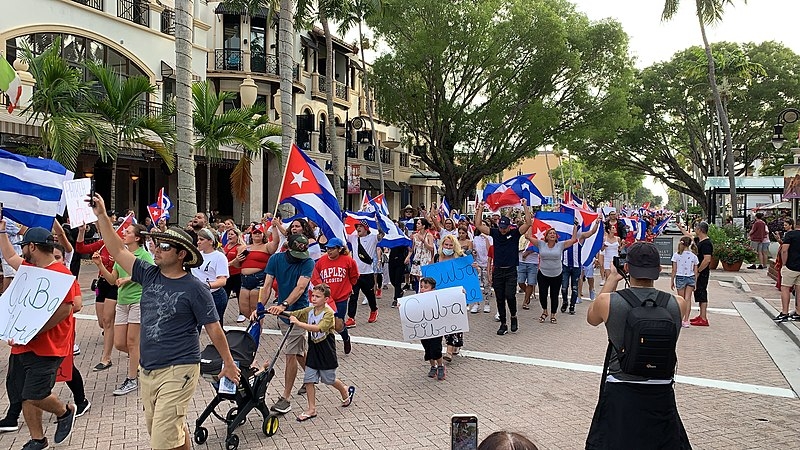 The recent protests in Cuba have resulted in many US lawmakers, including US President Joe Biden speaking in support of the demonstrators who have expressed frustration with their government. Following the protests, the Cuban government recently held a rally to denounce the US trade embargo.

The Cuban government held a rally over the weekend, with thousands of residents denouncing the US trade embargo placed on the nation while also expressing support for the country’s revolution. The rally took place a week after widespread protests occurred all over the country. Supporters of the Cuban government gathered on the seafront boulevard, among them was Raul Castro, the brother of the late Cuban dictator Fidel Castro.

The government rally came in response to the protests that occurred a week before. Residents expressed frustration with the country’s economic crisis, demand for political rights, as well as food and healthcare shortage that was only made worse by the pandemic. While the government took responsibility for some of the shortcomings expressed by protesters, they sought to blame the US for inciting the protests on the economic crisis caused by the sanctions imposed by Biden’s predecessor Donald Trump.

In the midst of an internet blackout ordered by the Cuban government, images of the current situation in Cuba surfaced online, showing law enforcement beating and detaining protesters. Around 400 of the protesters were detained. Activists have since accused the authorities of repression following video footage of demonstrators being subject to brutality by law enforcement.

Meanwhile, a US official previously made the extreme claim of calling on Biden to consider launching airstrikes in Cuba. Miami Mayor Francis Suarez said Biden should consider ordering airstrikes in support of the anti-government demonstrators demanding an end to the country’s communist government.

Suarez made the remarks in his interview on Fox News, where he was pressed on whether the US should lift the trade embargo placed on Cuba, which has already been criticized as “cruel.”

“I don’t think the embargo is cruel at all and I think that the Cuban people aren’t asking for a lifting of the embargo,” said Suarez. “They’re going out on the streets every single day, talking about the failure of the communist regime to provide for its people and I don’t understand why that’s so difficult for people to understand, it has failed for six decades…”