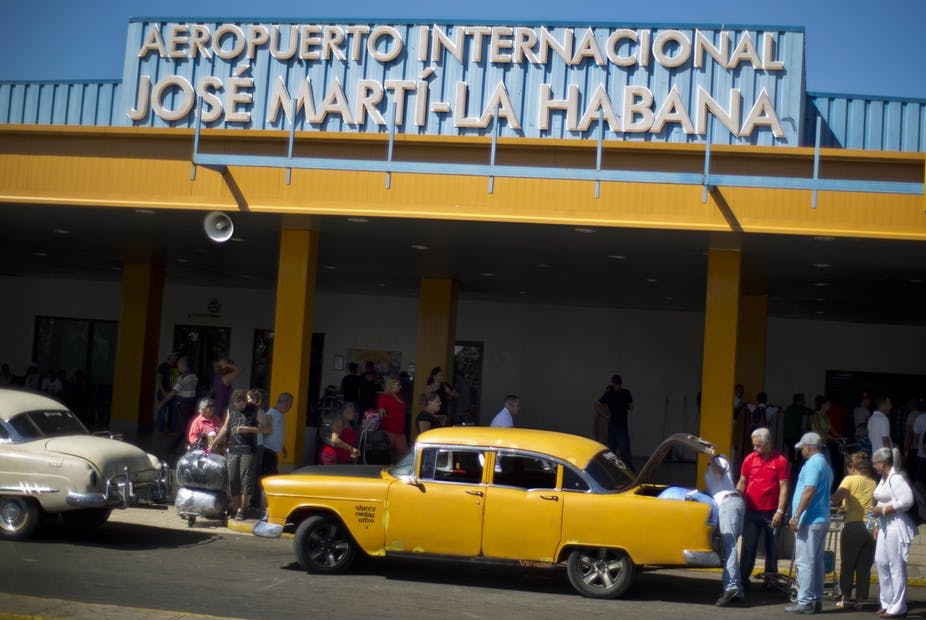 Airlines that fly into Cuba's main airport could now be sued for profiting off of property confiscated during the country's 1959 revolution. AP Photo/Ramon Espinosa, File 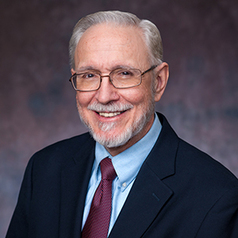 The Trump administration has declared the most severe new sanctions against Cuba since President John F. Kennedy imposed an economic embargo banning all trade with the communist island in 1962.

Speaking in Miami on April 17, the anniversary of the United States’ failed 1961 invasion of Cuba’s Bay of Pigs, national security adviser John Bolton announced the end of virtually all non-family travel to Cuba and placed new limits on the money Cuban Americans can send to family on the island.

He also said the U.S. will now implement a 23-year-old law aimed at blocking both U.S. and foreign investment in Cuba, first passed by Congress in 1996 as part of a broader sanctions package against Cuba but put on hold because it triggered immense opposition among U.S. allies.

The harsh new sanctions reverse “the disastrous Obama-era policies, and finally end the glamorization of socialism and communism,” Bolton said.

A law too controversial to implement

Trump’s decision activates a long-suspended 1996 provision of U.S. Cuba sanctions that allows Cuban Americans to sue in U.S. courts any company that benefits from private property of theirs confiscated by Fidel Castro’s regime.

Normally, U.S. courts have no jurisdiction over property owned by non-citizens that is nationalized by a foreign government. For U.S. courts to sit in judgment of another government’s actions toward its own citizens in its own territory is a challenge to that government’s sovereignty.

U.S. allies who do business with Cuba vehemently oppose the move.

In 1996, when the U.S. law was first approved, the European Union filed a complaint with the World Trade Organization and adopted a law prohibiting EU members and their companies from complying with the U.S. legislation. Mexico, Canada and the United Kingdom soon passed similar legislation.

In response, President Bill Clinton suspended the lawsuit provision, which is called Title III, for six months, and in 1998 he signed an agreement with the EU that European companies who do business in Cuba would not be targeted.

Since then, every president, Democrat and Republican, has renewed the suspension. Trump himself renewed it three times – until he didn’t.

The president has now reignited international outrage over this sanction, which abrogates Clinton’s agreement with the EU and complicates already rocky U.S. relations with Mexico and Canada.

A small but elite community stands to benefit from Title III: Cuba’s former one percenters – members of the exiled upper class that owned nearly all the land and business in Cuba prior to the 1959 Cuban Revolution.

Most wealthy Cubans fled the country after Fidel Castro’s Communist government nationalized their businesses and confiscated their homes, bank accounts and property. Some still dream of recouping their lost fortunes.

They can now sue Cuban, American and foreign companies that profit in any way from the use of that property.

Every U.S. and foreign company that does business with Cuba with profits of over US$433,000 a year – or might do so in the future – risks being sued if they make use of property once owned by a Cuban exile who is now a U.S. citizen. According to a 1996 State Department analysis, implementing Title III could flood U.S. federal courts with as many as 200,000 lawsuits.

Most Cuban Americans will gain nothing from Trump’s latest sanctions.

It exempts private residences from compensation. So, if the main thing you owned back in Cuba was a house that was confiscated after Jan. 1, 1959, you’re out of luck.

The exiled owners of thousands of small Cuban mom-and-pop shops nationalized in 1968 won’t see compensation, either, because the law exempts Cuban small businesses that were confiscated.

Those who stand to benefit are the oldest, most conservative and wealthiest segment of Florida’s 1.5 million Cuban Americans.

Trump believes these influential Republicans helped him win Florida in 2016 because he promised to take a hard line toward Havana, rolling back President Obama’s restoration of diplomatic and economic relations with the island.

If the president thinks these punishing new sanctions can deliver Florida to him again in 2020, he may have miscalculated.

I’ve studied Cuba-U.S. relations for decades. While activating the law may please Cuba’s former wealthy business owners, Trump’s new sanctions – like limiting the money Cuban Americans can send back to the island – are unlikely to be popular in the broader Cuban American community.

By decisive majorities, Cuban Americans support free travel between the U.S. and Cuba, broader commercial ties and President Obama’s decision to normalize relations. Every year, they send $3 billion to family on the island, and hundreds of thousands of them travel there to visit.

These Cuban-American voters don’t want to inflict more economic pain on the Cuban public, which includes their friends and family.

The punitive aspects of the newly implemented law, which administration officials have for months hinted that they would put into effect, are already having an impact.

Cuban American families who owned the land and facilities at the port of Havana and José Martí International Airport have warned the cruise ship companies and airlines that their use of these properties could put them at legal risk.

Along with money sent from their families abroad, tourism-related income sustains many everyday Cubans.

If travel businesses withdraw from Cuba, and if U.S. and foreign firms hesitate to enter into new commercial relations with Cuba for fear of incurring lawsuits in the United States, Cuba’s already fragile economy would take a serious hit.

That may play well with Cuba’s old elite. But the rest of Florida’s Cuban Americans will feel the hurt, too.