‘Classroom of the Elite’ season 2: Will the series return? Here are the possible release date, cast and anime details to know 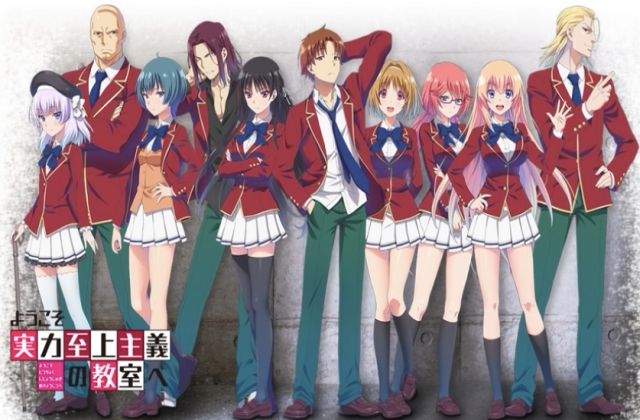 This anime was based on the Japanese light novel series of the similar title. It was a hit when it premiered in 2017 and since many fans find this animation interesting and fun to watch, they are clamoring for its return via “Classroom of the Elite” season 2.

However, it seems that its production team is laying low for a while because the anime is on hiatus for three years already. They may have been silent for a long time but there are many speculations about the second season and below are everything we know about it.

The debut season of the “Classroom of the Elite” has been well-received. Fans and critics have praised it for its innovative plot, characters and story progression. With the good feedback many are certain that they will see this Shōgo Kinugasa’s anime again that has the original Japanese title of “Yōukoso Jitsuryoku Shijō Shugi no Kyōshitsu e” or “Welcome to the Classroom of the Supreme Ability Doctrine.”

When the “Classroom of the Elite” season 2 returns, it is expected to feature the same cast members that were in the first installment. This means that fans will see Shoya Chiba as Kiyotaka Ayanokoji, Yurika Kubo as Kikyou Kushida, Ayana Taketatsu as Kei Karuizawa, Akari Kito as Suzune Horikita, Honami Ichinose as Alice Sakayanagi, Masaaki Mizunaka as Kakeru Ryuuen and Nao Toyama as Honami Ichinose once again.

As posted on Fandom, these students are enrolled in the Advanced Nurturing High School that is also being referred to as Tokyo Metropolitan Advanced Nurturing High School. This is a Japanese institution where young students are enrolled so they can grow up and be the future leaders of Japan. In short, this is a government-established school that trains the kids for the future of their nation.

The students in this school are divided into four classes - A, B, C, and D. The D apparently have the worst students and this is where Kiyotaka Ayanokouji belongs.

He is shy and withdrawn but after meeting Suzune Horikita and Kikyo Kushidahe improved and now trying to make his way to class A, the highest-ranking group in the school. Even if they are only highschools there is already a bit of politics going on among the students and they have to face such issues on their own.

“Classroom of the Elite” season 2 has no release date yet but Akanagi previously reported that it may be coming in late 2020 or early 2021. The first season is available on Netflix, Crunchyroll and Funimation.