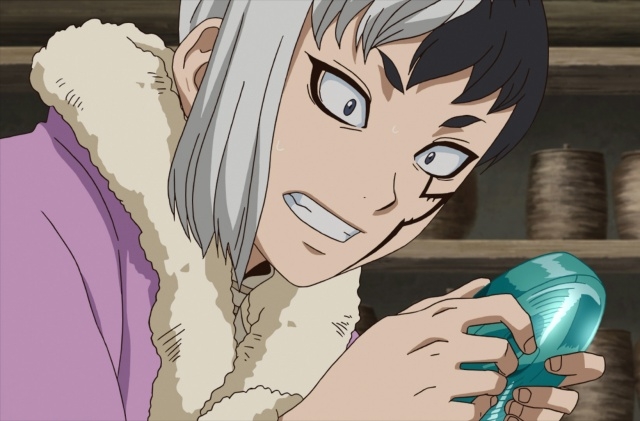 The new episodes of “Dr. Stone” will be here soon as the second season was confirmed last year. This installment will show a new side of Senku and his friends as their knowledge is broader now after inventing and creating many new things in the previous season.

Certainly, they will create more and explore more in “Dr. Stone” season 2, but they already have the basics compared to the first season. Based on the trailer, there could be a war, and everyone is preparing for it.

Senku, Chrome, and Gen were even shown making a promise to stick together no matter what. This could mean that they will lead a war and since it was also revealed that “Dr. Stone” season 2 is returning with the new arc called “Stone Wars,” they could be battling a group that the viewers have not seen before or it could simply be against Tsukasa and his empire.

Fans can see that Senku and the other characters will show up in new garbs complete with their personal tools and equipment. This is like a complete uniform when they are about to go to war.

It was predicted that Senku will finally uncover the secrets of the mysterious petrification in “Dr. Stone” season 2. He will solve it with the help of his friends and the villagers but the story behind it would be interesting.

There is a theory that petrification happened accidentally. It was an act of an enemy but rather resulted from a reckless action of someone who found a machine that can freeze and unfreeze anything. Still, Senku should find the exact answers to get to the bottom of the mystery.

TMS Entertainment has not announced any release date for “Dr. Stone” season 2 yet. However, anime experts and some outlets predicted that it will arrive in July.