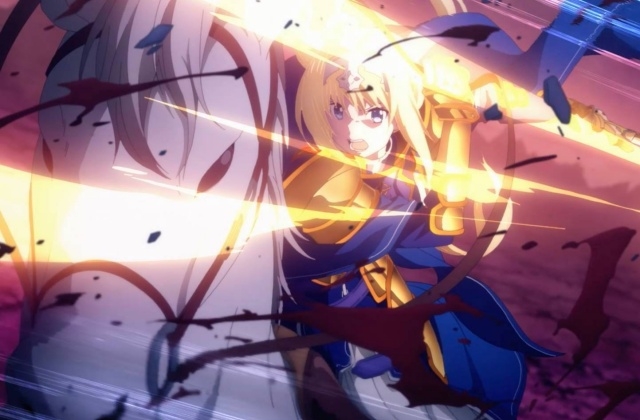 SAO’s “War of the Underworld” part 2 has been on hiatus for half a year now, and finally, a new date of release has been confirmed. Its original April 25 premiere was canceled due to the coronavirus outbreak, and the delay took longer.

The “Sword Art Online: Alicization - War of Underworld” part 2 is finally returning on July 11, as posted on a Japanese page. With the new date, this anime is now part of the lineup for the 2020 anime summer season.

But then again, this is SAO’s “War of Underworld” arc’s finale, and to conclude it, the producers of the show promised to present a memorable ending. This arc has been divided into two cours, and the first half ended in December 2019 with 12 episodes.

“Sword Art Online: Alicization - War of Underworld” part 2 will offer 11 more episodes since the whole cour only contains a total of 23 episodes. Moreover, it was learned that even with the lockdown due to COVID-19, the production team continued to work on the details of the upcoming stories.

In May, Crunchyroll reported that through a live stream show that featured author Reki Kawahara, light novel editor Kazuma Miki and Aniplex’s Masami Niwa, it was revealed that the team is still writing some of the scripts and storyboards. They have worked hard, and probably, at this time, “Sword Art Online: Alicization - War of Underworld” finale is already complete.

The second part of “Sword Art Online: Alicization - War of Underworld” will commence with the “The Great War of the Underworld” episode. It was posted on the anime’s iMDb page that its synopsis reads: “The ice sniper from Gun Gale Online, Sinon, successfully log-on into Underworld using a super account Solus, the goddess of the sun.”

In addition, “The log-in was done to help Asuna and Kirito inside the Underworld against tons of Crimson Army and The Dark Knight.”

“Sword Art Online: Alicization - War of Underworld” part two will be out next month and fans can watch it on Hulu, HIDIVE, Funimation and Crunchyroll. It should be noted that subscriptions may be needed to access the sites.