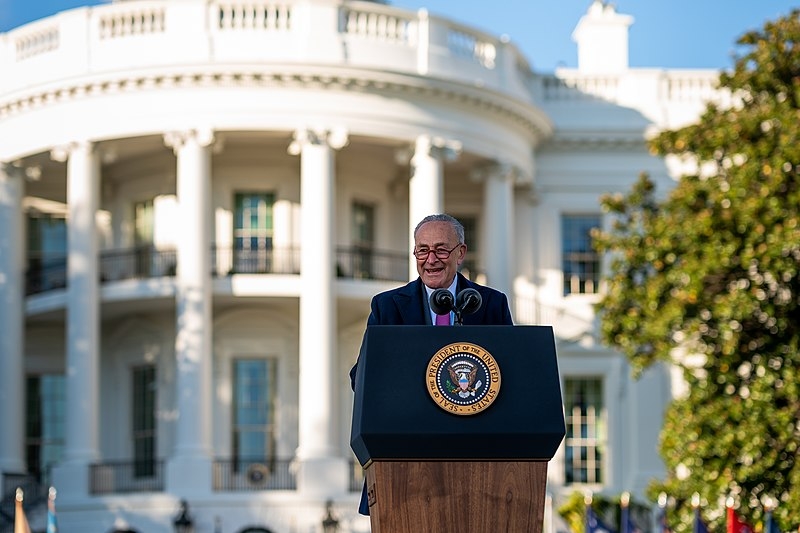 With voting rights becoming a major issue, the bills that have arrived at the US Senate have yet to be subject to debate due to Republican opposition. Senate Majority Leader Chuck Schumer revealed a last-ditch strategy to override the GOP’s filibuster and force a debate over the bills.

In an internal memo to congressional Democrats, Schumer outlined his strategy to work around the Senate filibuster to force a debate over the voting rights bills that remain in limbo. The Senate Majority Leader’s plan involved obscure procedural moves that started Wednesday night in the House. The House at the time moved before midnight to replace a text of an unrelated NASA proposal with the text from the John Lewis Voting Rights Advancement Act and the Freedom to Vote Act.

The amended piece of legislation would be brought to the Senate as a “message,” which is a step that will allow Democrats to open debate on the measure without the need for the 60-vote threshold. Senate Republicans have filibustered debate on the voting rights bills four times.

“With this procedure, we will finally have an opportunity to debate voting rights legislation – something that Republicans have thus far denied,” wrote Schumer in the memo.

“I did not expect this outcome when I first introduced the NASA Enhanced Use Leasing Extension Act. If my legislation will help overcome the filibuster, the Senate can finally have the long-overdue debate on voting rights this country deserves,” Democratic Rep. Don Beyer told reporters.

Schumer ultimately acknowledged that his strategy would only delay the use of the filibuster, which many Democrats have criticized as a relic of the Jim Crow era and must be abolished completely. Senate Democrats will still need 10 Republicans to vote in support of the legislation in order to come to a final vote.

In other related news, Senate Democrats turned the tables on the Republicans during a judicial confirmation hearing this week. Senate Judiciary Chairman Dick Durbin held a hearing for nominee Andre Mathis for an appeals court post that has historically been designated for a nominee from Tennessee despite objections from the state’s two Republican senators.

A long-running committee tradition that is known as “blue slips” usually gives home-state senators significant influence over the nomination. Republicans used this tradition to block Barack Obama’s nominees if the senators did not return the slips of paper. Republicans ended the practice under Donald Trump.

Durbin noted that the GOP moved 18 nominees through the process, eventually confirming 17 of them. Durbin said that the committee should look into codifying the tradition into the rules after the next election. Tennessee GOP Senator Marsha Blackburn later complained about the move being used against Republicans.