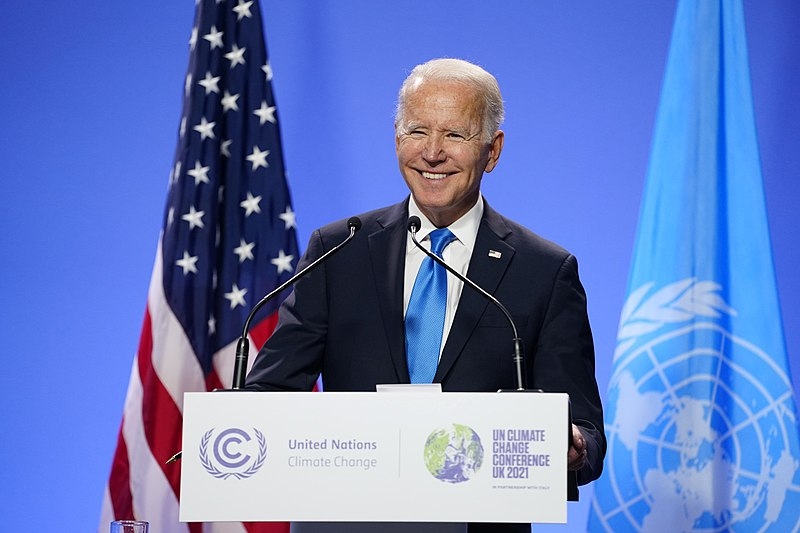 Following the passage of US President Joe Biden’s Build Back Better act in the House, it now heads to the Senate for another round of negotiations. Minnesota Democratic Senator Amy Klobuchar expressed confidence that the social infrastructure bill will pass the Senate.

Klobuchar gave her assurance that the Build Back Better legislation would pass the Senate. This was in response to West Virginia Democratic Senator Joe Manchin saying that the bill should wait until 2022 to pass. Manchin is one of the key holdouts in the evenly divided Senate along with Arizona Democratic Senator Kyrsten Sinema.

“Senator Manchin is still at the negotiating table, talking to us every day,” Klobuchar said on ABC’s “This Week.” “We can get this done. It’s- to me, it’s an old song.”

The legislation faces an uphill battle in the evenly divided Senate. While Republicans are unanimously opposed to the bill, moderate Democrats are pushing for a much lower price tag compared to the initially proposed $3.5 trillion number. Manchin has publicly opposed several provisions in the bill, such as those addressing the climate crisis and the child tax credit.

Universal preschool and four weeks of paid leave are also included in the social infrastructure bill, which would be funded by increasing taxes on the wealthiest.

“We’ve got workforce issues. And that’s why this ‘Build Back Better’ agenda is so important,” said the Minnesota Democrat. “We need people … to go into jobs where we have shortages.”

Aside from passing the Build Back Better legislation, Senate Democrats are also looking to raise the debt ceiling to prevent the government from going into default.

The Biden administration is also anticipating possible cases of the newly-discovered Omicron variant of the coronavirus. In remarks from the White House with Vice President Kamala Harris and Chief Medical Adviser Dr. Anthony Fauci, Biden said that the new variant may be a cause for concern, but he urged Americans not to panic.

Biden also said he does not foresee any further lockdowns or travel restrictions, saying that they are more prepared today to tackle the virus. The US leader also reiterated the importance of vaccines and booster shots for protection.