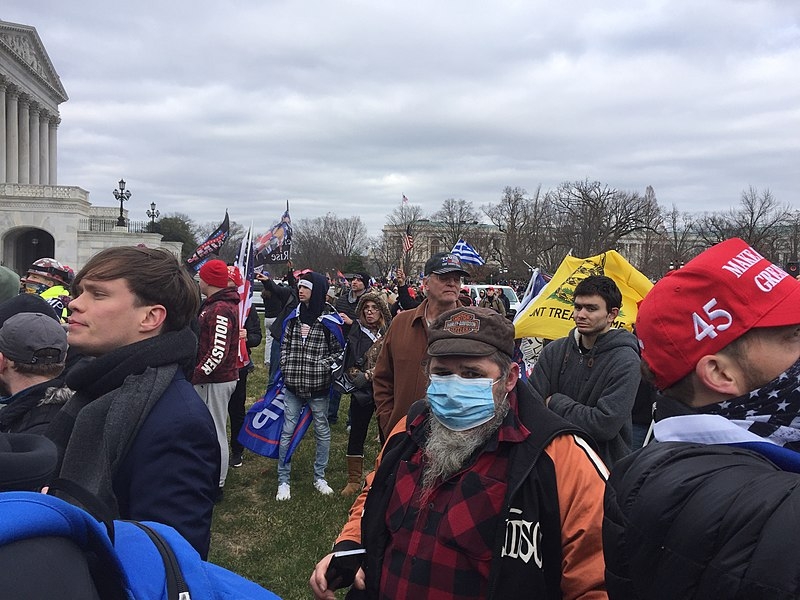 Among the hundreds of people arrested for their participation in the Capitol insurrection, among them are members of right-wing militia groups like the Proud Boys. One of its members recently argued that the charges against him should be dropped, citing the recent case of Kyle Rittenhouse as the reason why.

Business Insider reports that attorney Jonathon Mosely, who represents alleged insurrectionist Zachary Rehl, filed a brief explaining that the Proud Boys went to Washington to “defend vulnerable demonstrators” from anti-fascists or Antifa, similar to what Rittenhouse claimed he was doing during the Black Lives Matter protests in Kenosha, Wisconsin, following the shooting of Jacob Blake.

Mosely wrote in the brief that sought to have some of the charges brought against Rehl dropped that the Proud Boys went to Washington to defend the insurrectionists, unlike what Rittenhouse had done, fatally shooting two people and wounding a third. Mosely tried to depict Rehl and the militia group as the victims who were trying to defend the “defenseless” supporters of twice-impeached former president Donald Trump who stormed the Capitol.

“What they actually planned to do and did was to make sure that the defenseless Trump supporters in the gun-free zone of DC did not get jumped and stabbed by the rioters who had run all amok in 2020,” said the brief.

Rehl, who also leads the Philadelphia chapter of the Proud Boys, is also a defendant in a civil lawsuit filed by the Capitol Police officers. The officers accused Rehl of conspiring to commit “bias-motivated acts of terrorism.”

Meanwhile, Rolling Stone has obtained text messages indicating the coordination between the January 6 insurrectionists and the former president’s White House. The report revealed that rally organizer Amy Kremer of Women for America First was focusing on the food to be served instead of what was happening down the street at the Capitol.

According to Kremer’s text messages, it was clear she was speaking with the White House for events that occurred following Trump’s loss to Joe Biden in November. Kremer hosted the March for Trump bus tour that protested the 2020 election results. Kremer explained that she and her daughter Kylie Kremer appeared to be communicating with the Trump team.