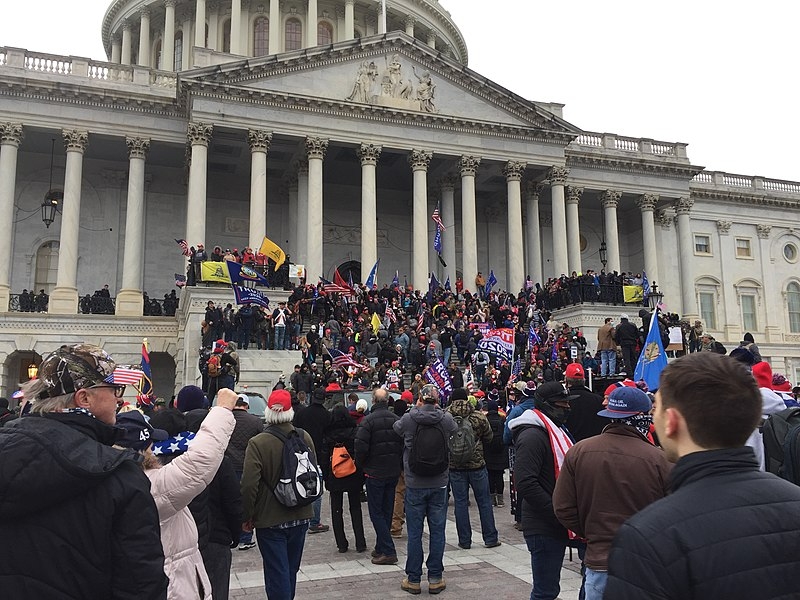 Dozens of law enforcement officials who responded to the insurrection were left injured by the pro-Trump mob that attempted to derail the certification of electoral votes. According to an interview transcript between the feds and the insurrectionist that attacked DC Metropolitan police officer Michael Fanone, the rioter expected that a civil war would take place.

NBC4 Washington reporter Scott MacFarlane obtained the transcripts of the FBI’s interview with high-profile insurrectionist Daniel Rodriguez, who attacked Fanone with a stun gun. According to the transcript, Rodriguez pleaded not guilty and claimed to be acting under orders from twice-impeached former President Donald Trump.

“According to the transcripts, a couple of striking things happened,” said MacFarlane. “For example, one of the things in the transcript that we noted is that he told the agents...he had an expectation there was going to be civil war. He also indicated there was a direction of tasers to the front lines of January 6th because there was an expectation tasers would be needed to occupy the Capitol.”

MacFarlane noted in the transcript that Rodriguez called himself a big supporter of the twice-impeached former president as well as an avid consumer of InfoWars. Rodriguez also denied placing pipe bombs in the Capitol during his interview and at one point broke down while talking to the agents.

Rodriguez is one of the hundreds of insurrectionists that have been arrested and detained. Another high-profile arrest from January 6 was Jacob Chansley, also known as the “QAnon Shaman.” Chansley was sentenced to 41 months in prison Wednesday, and following the sentencing, a defense lawyer acknowledged that the ruling would spell trouble for the insurrectionists.

MacFarlane reported that according to one attorney, the sentencing for Chansley will set a precedent for the upcoming cases of the other insurrectionists. “Everyone on the floor of the Senate or anyone charged with violence towards the police is looking at 41 months,” said the attorney according to MacFarlane. “There are 200 defendants right now who just realized what they are now looking at. It’s a bad day for them.”

Despite Chansley not engaging in physical violence against law enforcement officers during the insurrection, prosecutors noted that Chansley left a threatening note to then-vice president Mike Pence in an attempt to intimidate him into overturning the 2020 election results.