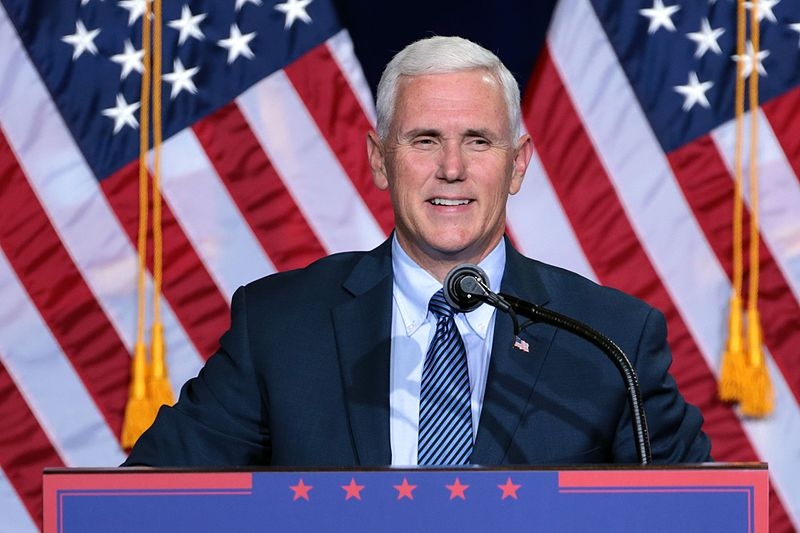 Former vice president Mike Pence was among the individuals being targeted by the pro-Trump mob that stormed the Capitol last January 6. However, despite Pence’s inevitable refusal to overturn the electoral results, Pence’s former aide says he is just as responsible for the politics-related violence in the country.

Speaking on MSNBC over the weekend, former Pence aide Olivia Troye, who was the then-vice president’s adviser on Homeland Security and Counterterrorism - told host Alex Witt that her former boss is just as responsible for the political violence occurring in the country. Troye cited that while Pence is trying to keep his distance from his old boss, he is also repeating the same talking points, including the big lie that the election was stolen. Troye added that Pence is repeating the talking points in order to fuel his own 2024 presidential campaign.

“I certainly saw Mike Pence be very frustrated at times and he knows exactly who Donald Trump is and that is what makes Mike Pence difficult to understand in many ways on why would you continue to stand by this person still today,” said Troye, when she was pressed on what he thinks her boss feels about the twice-impeached president.

“Because he still repeats a lot of the talking points that Trump uses, election integrity, he is still part of the big lie that almost led to his family and life of others, law enforcement, and other people who were killed that day on January 6th,” Troye continued, saying that she ultimately does not separate her former boss from Trump, saying that Pence is equally as responsible for the violence that occurred in January.

Hundreds of insurrectionists have been arrested and detained following the riots that led to five people killed and dozens of law enforcement officials who responded severely injured. Recently, an attorney representing insurrectionist Edward Jacob Lang had some difficulty in court after a judge got him to admit that Lang was found on camera swinging around a riot shield taken from a Capitol Police officer.

NBC4 Washington correspondent Scott MacFarlane reported that Lang’s attorney tried to argue that his client was trying to stop the chaos at the Capitol even as he was being charged for swinging a bat and a riot shield on the police officers. Lang is also charged for repeatedly kicking the Capitol cops. When the judge pressed if the attorney contested the video footage of Lang swinging a riot shield, the attorney said no.