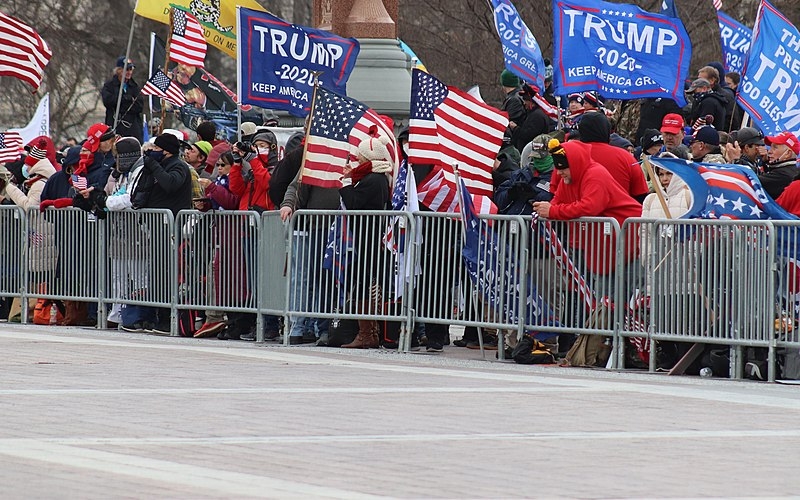 Months after the January 6 Capitol insurrection, another rally is being anticipated and this time it is in support of the insurrectionists that have been arrested and imprisoned. Republican Rep. Adam Kinzinger called on his colleagues to condemn the upcoming event and criticized them for refusing to do so.

Kinzinger, who is part of the bipartisan House committee investigating the January 6 insurrection, was pressed by CNN host Brianna Keilar on his thoughts regarding the GOP lawmakers showing support towards the rally supporting the insurrectionists. The faction of the Republican party that has been staunchly supportive of twice-impeached former President Donald Trump, have tried to paint the insurrectionists that were arrested as “political prisoners.”

“Let’s keep in mind, Oath Keepers may try to sound like they’re some constitutional, America, flag-waving thing. No, they are all about the overthrow of the federal government,” said Kinzinger, who has become a vocal critic of Trump and his administration following the riots that killed five people and injured dozens of police officers.

“This overthrow-the-government fetish that exists, I don’t understand it, except there’s a lot of bored people out there that probably never served a day in the military and get to go play dress up,” Kinzinger continued. “So, if one of those folks gets elected to Congress and sits next to me, I don’t think -- you cannot be against the Constitution and also somehow swear to the Constitution that you’re going to protect it. It’s bull crap and frankly if we have to have this fence put up every time someone that hates the federal government goes and rallies, it is time for the Republican Party to denounce militia-ism...”

Hundreds of the insurrectionists have already been arrested and detained, many of them awaiting trial or awaiting sentencing should they plead guilty. Politico reports that DC federal judge Amit Mehta expressed concern about the pacing of the trial of three members of the Oath Keepers -- Jessica Watkins, Kelly Meggs, and Kenneth Harrelson, who are currently in jail awaiting trial for their participation in the Capitol insurrection.

Mehta added that the DOJ does not need to turn over every piece of evidence before the start of the trials, only the evidence that is relevant to the defendants.