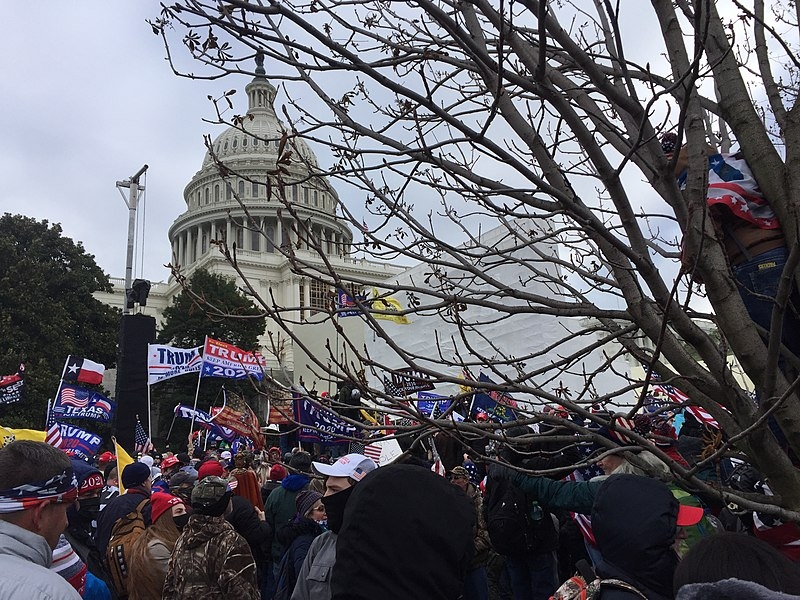 Disgraced former President Donald Trump was impeached for the second time by the House for his incitement of the insurrection last January 6 that led to five people dead and dozens of police officers being injured. ABC correspondent Jonathan Karl revealed that he is writing a new book, noting how shocked he was of the twice-impeached former president’s reflection for the rally that incited the insurrection.

Karl noted the sparse attendance of supporters at the September 18 rally in Washington, with some believing that the former president’s influence over the GOP is winding down. Karl also revealed that Trump called the insurrectionists protesters. The ABC correspondent also shared that his upcoming book revealed how “dumbfounded” he was at the former president’s affinity for the January 6 rally.

Trump’s “Stop the Steal” rally on January 6 took place hours before the insurrection occurred as the mob of supporters looked to target top Democrats, including then-vice president Mike Pence. The supporters stormed the Capitol in the hopes of stopping the certification of Joe Biden’s victory that ultimately occurred hours after the riots.

“He thinks it was a great day,” said Karl. “He thinks it was one of the greatest days of his time in politics. Now, he doesn’t necessarily say that because of the storming of the Capitol. He has this sense that this was like the biggest crowd he’d ever seen,” added Karl, noting the former president’s penchant for holding rallies throughout his campaigns.

“But look, he sees that incredibly fondly and his hold on the Republican Party has been far more resilient than I thought it would be,” said the ABC Correspondent.

Pence may have drawn the ire of Trump by refusing the overturn the electoral votes, but according to his former aide Olivia Troye, the now-former vice president is also just as responsible for the politics-related violence occurring in the country. Troye accused Pence of using parts of Trump’s big lie to fuel his own 2024 presidential bid. Troye noted that while there are times that Pence has evidently been frustrated with Trump, he continues to repeat the talking points of the big lie.