Campbell's cans given a makeover after 50 years; New designs' NFT up for sale 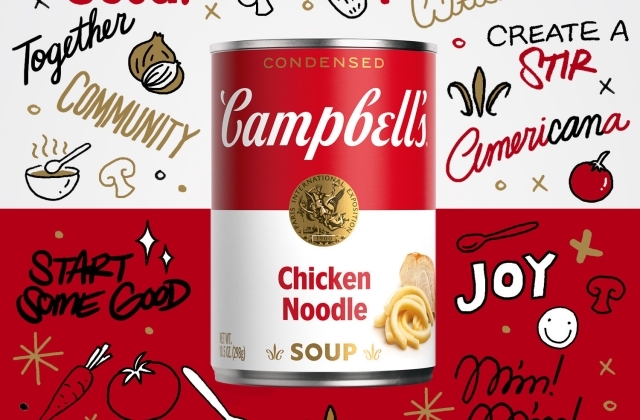 Campbell’s soup cans were redesigned for the first time in 50 years, so customers will see new labels when they purchase the popular canned soup products. While the color scheme remained white and red, the font may change a bit.

Changes on the design

CNN Business mentioned that the Campbell’s soup cans’ logo was also modernized but not much. The shadow in the emblem has been erased, and the font was slightly changed. The font was said to be based on the signature of its founder, John A. Campbell.

Moreover, the word “soup” is smaller and was written using a plain type of font. Images were also added to the new label depending on what type of soup it is. For tomato soup, it has a photo of a tomato on the side, and it is the same as the others, including the cream of mushroom soup and cream of chicken soup.

The Campbell Soup Company said that it upgraded the design for the new generation of customers. But despite the changes, the soup maker pointed out it "still evokes the same sense of comfort, goodness, and Americana."

In any case, Campbell’s also launched its NFT of its new can label. This is the company’s very first non-fungible token, and it started selling on Tuesday, July 27.

The company added that the earnings from the sale of Campbell’s NFT will be forwarded to Feeding America, a non-profit organization in the U.S. that has a nationwide network of over 200 food banks.

"Some of the most famous pop art ever created was inspired by Campbell's red and white can -- the design is as much a staple of the grocery aisle as it is American culture," Chang said in a press release. "As a visual storyteller, I always am looking for new ways to express creativity. I wanted to hero the beloved label with keywords that connect to the brand for me while including a photo-real element of the fresh label to celebrate the new design.