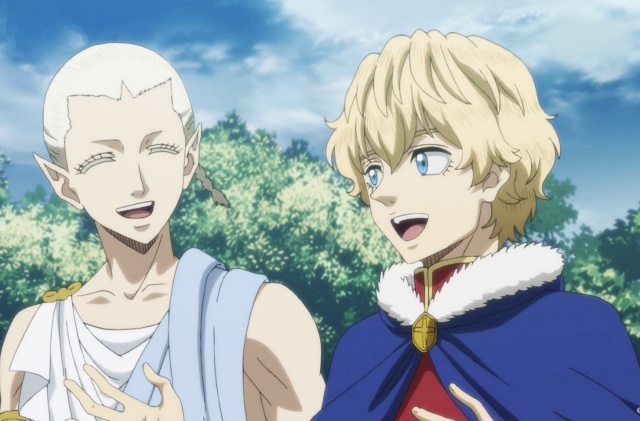 The upcoming “Black Clover” chapter 256 is expected to reveal what happened to Lolopechka after Vanica and Megicula abducted her. Noelle was fortunately left behind but it seems that the Dark Triad only left her due to their intention of having her release all her powers.

As fans read in the previous “Black Clover” chapter 255, Vanica realized that Noelle’s attack has no effect on her at all. Noelle even tried her point-blank sea dragon’s roar but this attack did not damage the host of the devil Megicula in any way.

This proved that she is no match to Vanica when she’s possessed by Megicula. Noelle can’t hurt the Dark Triad member but still, Megicula remembered that Acier Silva, Noelle’s mother, got stronger when she kidnapped one of her friends so she’s done the same with Noelle.

Now that Lolo is in the hands of Vanica, it is yet to see in “Black Clover” chapter 256 if Noelle can also get stronger in this way. It is also interesting to see how powerful she can become while rescuing Lolopechka.

It was predicted that Noelle will gather the black bull members to fight Megicula and Vanica so they can save Lolo. It was also said that although it appears that Vanica did not suffer from any damage with Noelle’s attacks, the truth is - she did. She might be shown coughing out blood in “Black Clover” chapter 256 which is an indication that Noelle’s attack pierced through her.

The only explanation why Vanica did not show any signs of damage in chapter 255 is that Megicula could have made her regenerate fast that her injuries went unnoticed. Elsewhere, Yami and Dante are still fighting and their battle could appear in “Black Clover” chapter 256.

Dante may unleash his true devils' power and Yami could be seriously injured. Then again, Yami can still win in this battle since he has black magic that he could use.

However, there is a theory that Yami would be defeated and as Dante takes away Yami, Asta will follow to see where the Dark Triad is hiding. Eventually, Asta will find Vangeance. “Black Clover” chapter 256 will also feature Asta’s backstory and the origins of his power would be revealed.

The upcoming “Black Clover” chapter 256 is coming this July 5, Otakukart reported. It is available for free via VIZ Media.