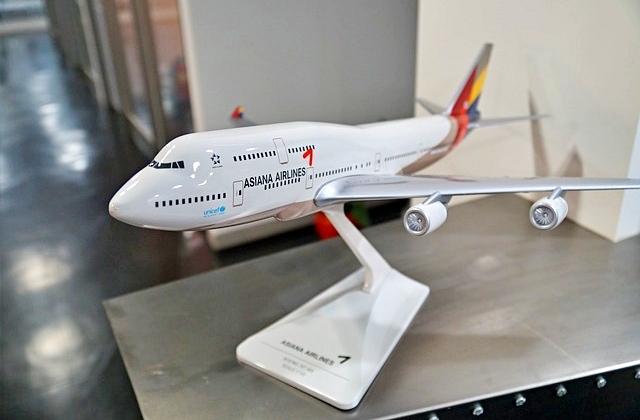 Asiana Airlines, the second-largest airline in South Korea, is set to offer business-class services once again after 18 years. This service for domestic flights has been scrapped for almost two decades, and it is now resuming starting in November.

This information was shared by industry insiders earlier this week. They added that Asiana Airlines is opening its business class service again for domestic flights in an effort to boost the company’s profitability in the midst of the COVID-19 pandemic.

According to Yonhap News Agency, Asiana Airlines will start operating its business class cabins on Nov. 5, and they will be available on select domestic flights. It was mentioned that the airline got rid of its business class seats in November 2003.

Passengers can avail of the air carrier’s business class services if they will be riding the A321 or A330 aircraft for domestic flights. Those who would like to reserve their business seats here will have to pay ₩160,000 for flights connecting Gimpo International Airport in Seoul and Jeju Island.

It was noted that while other airlines are starting to offer cheaper flight tickets to get more passengers, Asiana Airlines chose to improve its services by offering premium cabins for a more comfortable trip. They can also enjoy luxury during the short trip, and this is the best for most travelers.

Meanwhile, in other news, Asiana Airlines and Korea Air are reportedly retiring the Airbus A380 within five years. It was reported that South Korea’s flagship carrier already confirmed that it would be pulling out the said aircraft in a few years, and this will effectively end the plane’s decade and a half tenure in the airline.

For Asiana Airlines will soon merge with Korean Air, it means that it will lose six of its A380s even if they have only been in service for less than a decade. Simple Flying reported that the Executive Traveller stated Asiana would go with Korean Air’s decision to retire the said Airbus model. Finally, Asiana and Korean Air are set to merge, and the deal is set to close in 2024.