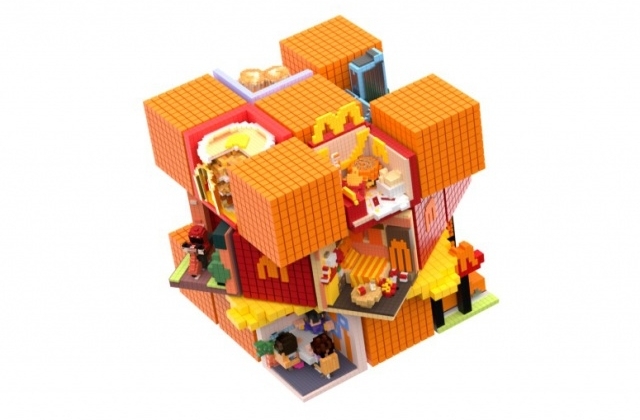 McDonald’s China has released a total of 188 non-fungible tokens that it calls the "Big Mac Rubik's Cube" NFTs. These digital assets were distributed to the company’s employees and customers as part of its giveaway event as it celebrated its 31st anniversary in the country.

As per Coin Telegraph, McDonald’s China unveiled its “Big Mac Rubik's Cube” NFTs on Oct. 8 and there are 188 of these. It was reported that the NFT was designed based on the three-dimensional structure of the restaurant chain’s office headquarters in Shanghai, China.

The design of the NFT Rubik Cube represents the firm’s signature colors of red, yellow, and orange. This is a new building that was inaugurated on the same day of the NFTs release.

The new McDonald’s non-fungible tokens were built on the Confluux public blockchain and created in collaboration with the digital asset creation firm called Cocafe. Each of the NFTs are said to be unique, indivisible, and cannot be tampered with.

“McDonald’s is a young and trendy brand that always pays attention to fashion trends and cutting-edge technology,” McDonald’s China chief executive officer, Zhang Jiayin, said in a statement. “I am very happy that McDonald’s has become the first domestic catering brand to release NFT.”

He added, “McDonald’s China’s new headquarters building is a brand new development of McDonald’s China and at this special moment, we use the form of NFT to share McDonald’s innovation, digitalization and trend art with employees and consumers."

At any rate, it was noted that the release of McDonald’s China’s NFT to celebrate its 31st anniversary in the Chinese market seems to be in conflict with Beijing’s latest move to ban cryptocurrency in the country. The availability of the digital asset simply goes against the territory’s intent to stop all crypto activities and operations.

In fact, Bitmain, a crypto mining equipment maker that is also the largest in the world, has already halted its shipment of Antminers to its Chinese customers. Through an announcement, it confirmed to suspend the sales of its machines in China.

“From October 11, 2021, Antminer will stop shipping to mainland China (excluding Hong Kong and Taiwan),” the company stated. “For customers in mainland China who have purchased long-term products, our staff will contact them to provide alternative solutions.”