How To Naturally Increase Testosterone

Southwest Airlines calls off over 1,000 flights and here's why 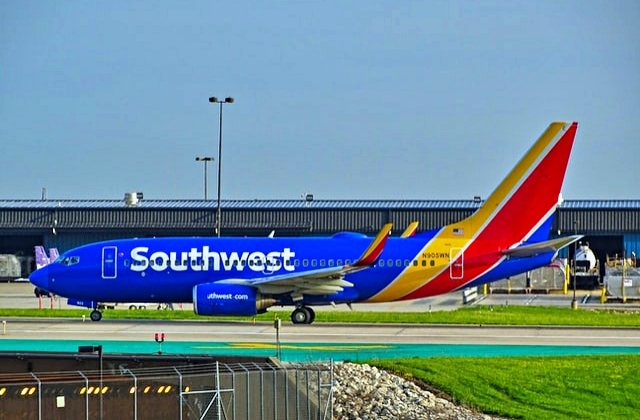 Southwest Airlines experienced difficulties last weekend, and due to many issues, it was forced to cancel many flights. Based on the reports, the air carrier called off more than a thousand flights on Sunday, Oct. 10, and this is equivalent to about 27% of its daily operations.

As per CNN Business, last Sunday’s cancellations were the second day of Southwest Airlines’ mass cancellations, so it was a chaotic weekend for the company. Prior to Sunday’s flight suspensions, the company called off 808 flights on Saturday, and this left thousands of passengers stranded across the country. For the flight interruptions, the Dallas, Texas, headquartered low-cost carrier cited issues with air traffic control, staff shortage, and bad weather as the reasons.

“We’ve continued diligent work throughout the weekend to reset our operation with a focus on getting aircraft and crews repositioned to take care of our customers,” the airline said in a statement. “With fewer frequencies between cities in our current schedule, recovering during operational challenges is more difficult and prolonged.”

CBS News reported that Southwest Airlines is allowing passengers to search for self-service rebooking options on its website - Southwest.com. Through the site, they can also get updates about the status of their flights.

On the other hand, the pilots association of the company issued a separate statement and cited a different reason for the flight cancellations. The Southwest Airlines Pilots Association claimed that it was all because of “management’s poor planning.”

“SWAPA is aware of operational difficulties affecting Southwest Airlines today due to a number of issues, but we can say with confidence that our pilots are not participating in any official or unofficial job actions,” the group told CNN when asked to comment.

Meanwhile, as per Fox Business, the Federal Aviation Administration (FAA) reportedly refuted Southwest’s reasons for the flight delays and cancellations. The spokesperson of the agency said that the issues related to air traffic control were already resolved on Friday. It was also noted that other airlines canceled just a few flights over the weekend compared to Southwest.

“No FAA air traffic staffing shortages have been reported since Friday,” the spokesperson told the publication on Sunday. “Flight delays and cancellations occurred for a few hours Friday afternoon due to widespread severe weather, military training, and limited staffing in one area of the Jacksonville Air Route Traffic Control Center.”