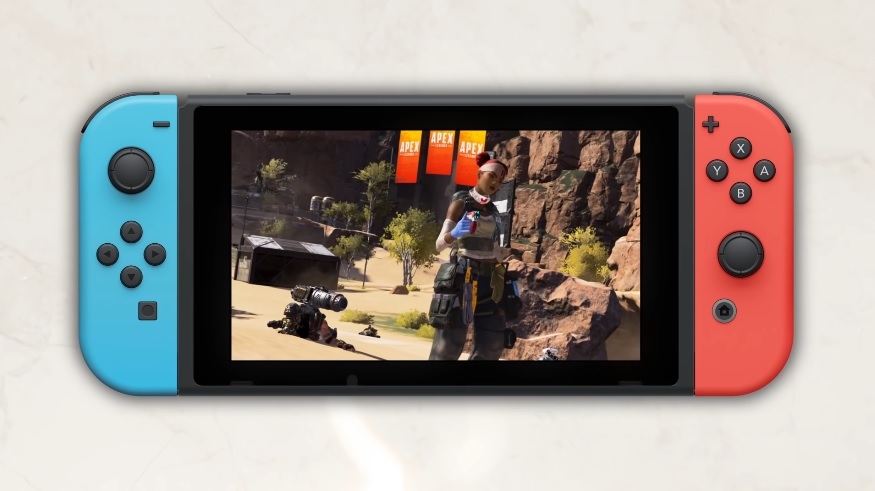 “Apex Legends” is now live on Nintendo Switch and, as promised, it supports cross-platform play. While that feature is generally well-received among players, it can also have some caveats especially considering the portable console’s framerate limitations compared to other gaming systems.

‘Apex Legends’ can run at a decent framerate on Nintendo Switch

Respawn Entertainment’s popular free-to-play battle royale game was released on Nintendo Switch last Tuesday. While the port, developed by Panic Button, will give Nintendo fans practically the same gaming experience as PC, PlayStation, and Xbox players, there are some expected limitations as well.

Due to the composition of the Switch hardware, “Apex Legends” cannot run on the same framerate as it does on PS and Xbox consoles, let alone on PC. However, developers confirmed in an interview with Famitsu (via Eurogamer) that the game’s resolution can go up to 720p when the console is connected to TV screens and up to 576p when not docked. Either way, the battle royale title is expected to run at a decent 30fps in both scenarios.

These numbers are not bad even for Nintendo Switch. But they are still far from what PC and other consoles can offer. The same report noted that “Apex Legends” can run up to 60fps on PS and Xbox consoles and up to a whopping 144fps on a high-end PC rig. This gap could also be the reason for Nintendo Switch players to want to avoid cross-play.

Luckily for Switch users, the developers confirmed that they can play “Apex Legends” without the cross-play. This way they will only have to battle it out with players running the game at the same resolution and framerate.

This feature can be turned off from the “Apex Legends” lobby and opening the game menu through the cogwheel icon on the bottom-left side of the screen. Open the Settings menu and look for the Cross-Platform Play option. From there, players will find a toggle to enable and disable cross-play.

“Apex Legends” is also free-to-play on Nintendo Switch and will allow gamers to engage in battle with up to 60 players. Note that it will require at least 25 GB of free storage space.