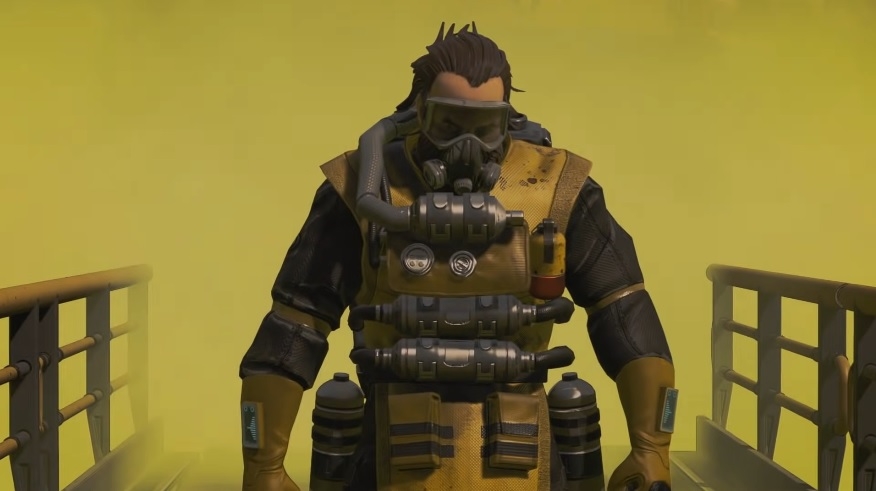 Respawn Entertainment was recently asked about its plans for Caustic. While no specific information was provided, an "Apex Legends" developer hinted at having plans to "tweak" the powerful character.

The eighth season of "Apex Legends" was launched recently with several updates and new gameplay content. However, some players have pointed out one important and much-requested tweak that particularly addresses the abilities of the Legend Caustic.

Respawn held an "Ask Me Anything" event on Reddit after the "Apex Legends" season 8 launch. One fan asked about the lack of balancing update for Caustic. A Reddit user raised concerns saying Caustic's abilities may have made the game's competitive mode "suffer." The same fan pointed out that this pattern could make the game more similar to "Overwatch," where the characters' abilities are deemed more decisive in fights rather than the skillful use of in-game weapons.

"Caustic is undeniably strong, and has the highest win rate in matches that last longer than 20 minutes," live balance designer John Larson (u/RSPN_JayBiebs) said. The developer also noted that Caustic was designed to act as a "defensive legend" with the ability to attack in some instances. Larson recognized that the comments about Caustic are "valid," and the data they have support it.

Larson did not provide specific details on how Caustic's abilities will be balanced in the future, but there was a hint that the Legend is getting nerfed in an upcoming update. "We have to make sure we tweak him in a way that removes frustration without hurting how it feels to play as Caustic," the "Apex Legends" developer added.

'Apex Legends' is launching on Nintendo Switch next month

"Apex Legends" is slated to launch on a new platform next month. The game will be released on Nintendo Switch on March 9.

The official page of "Apex Legends" on Nintendo's website indicates that its file size will be 30.0 GB. That is a huge storage requirement for the Switch console, but fans do not have to worry about not having enough space for the game. They can simply purchase a new memory card, and Western Digital is even selling an "Apex Legends"-themed card with 128GB memory for $30.99.