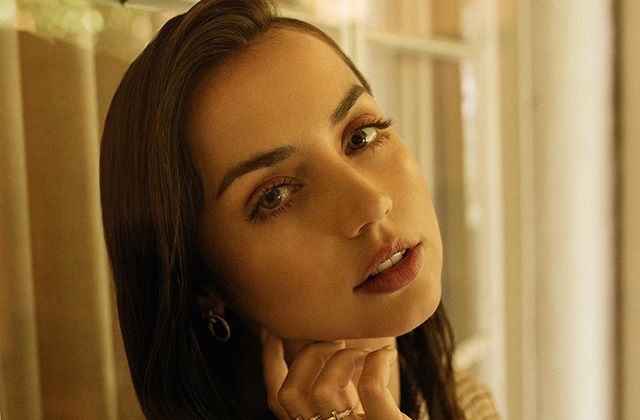 Ana De Armas and Ben Affleck have been officially dating for a while now. Now it was reported that she is already carrying his child in her womb so the actress is doing her best to impress her boyfriend’s mother and approved her relationship with him.

A report that was published in the National Enquirer titled “Ana Fears Bad Marks from Ben’s Mom” claimed that the 32-year-old “No Time to Die” actress wants Christine Boldt’s, Ben Affleck’s mom, to approve of her especially now that she is allegedly pregnant.

The actress is said to be worried so she really wants to impress Christine and bless her to be her son’s partner. She has been uncomfortable with her and she wants to break any barrier that could be existing between them and have a good relationship in the future.

“They met once or twice when Ana and Ben started dating last fall, but now that things are serious Christine is really going to put her to the test,” the insider supposedly told the tabloid.

Ana De Armas wants to be on her good side before she and Ben Affleck reveal about their pregnancy. Before the rumors reach Christine, Ana is hoping everything is good between them already.

“Ben hinted to people in his circle that they may become parents very soon,” the source said. “That would explain the radiant glow on Ana’s face!”

Besides Christine, it was alleged that Ana De Armas also had to compete with Ben Affleck’s ex-wife Jennifer Garner and their three children - Violet, Seraphina and Samuel. This is another reason why she is trying so hard to earn Christine’s blessing.

“Christine adores Jen and checks in with her daily about the kids and has been getting an earful about Ana from her,” the source further revealed. “That’s another reason why Ana is so uptight about getting on her good side!”

The Truth about Ana’s pregnancy and Christine’s rumor

Gossip Cop is on it again and immediately refuted this story. While getting along with a partner’s parents is really hard, it was said that Ana De Armas did not have to experience this because she and Christine are getting along just fine.

Ana didn’t have to try so hard to win Ben Affleck’s mom over because they are quite doing great. In fact, she and Ben recently went on a vacation with Christine and his kids with Jennifer Garner. Plus, Ana De Armas is not pregnant and this was confirmed by the actor’s rep that was contacted by Gossip Cop for comments.