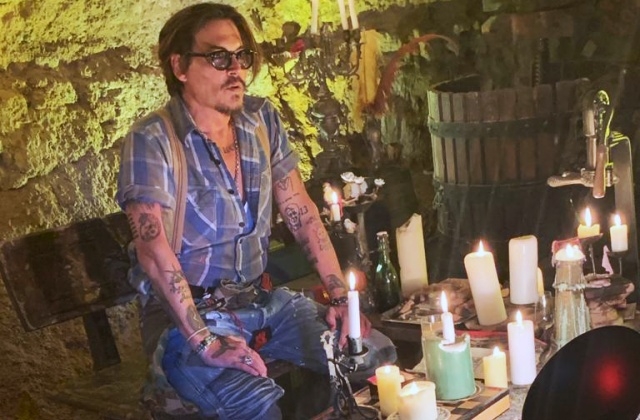 Johnny Depp and Amber Heard are involved in ugly on-going court battles where allegations of domestic violence and defamation are the center of the cases. Now, with all these cases, it was suggested that the 57-year-old actor’s career had been severely tainted regardless of the outcome.

It was said that Johnny Depp suffered from irreparable damage to his career after Amber Heard hurled various grave allegations against him. His show business career is said to be declining permanently as the effect of the messy court battles.

The National Enquirer published an article titled "Pirate Johnny's Career Could Be Sunk After Trial!" claimed that no matter how the cases will end, Johnny Depp’s work will continue to decline after getting a hit big time by Amber Heard’s claims.

It was said that the reason for this was the actor’s video that showed him drunk and being violent. Plus, photos of his ex-wife’s bruised face due to the alleged battery may remain in the minds of the people, and this is the same with the disturbing things that Amber said in her court testimonies.

“It almost doesn’t matter if he wins or loses the case,” the source told the tabloid. “He’s damaged goods in the public and Hollywood’s eyes.”

The report wrote that from these accusations, Johnny Depp will never be able to bounce back and continue working in Hollywood. His image is damaged and he can never recover from it, the source stated. It was added that movie producers will not hire him anymore in any projects so his career is not going anywhere but just sink deeper.

Gossip Cop is contending this report from the National Enquirer because, for one, this tabloid is not reliable. The publication already debunked so many reports from them and those stories were also refuted by celebrities they were writing about.

In this story about Johnny Depp, it is the same case. GC is refuting the claim that the “Pirate of the Caribbean” actor’s career is over due to Amber Heard’s claims. His ex-wife’s allegations were never proven yet, and it will matter so much if he wins his cases against her.

Also, this is definitely false because, in fact, Johnny Depp had to request for the change of date for his hearing because the date coincides with his filming schedule for “Fantastic Beast.” Clearly, he still got projects lined up for him amid his legal battles.