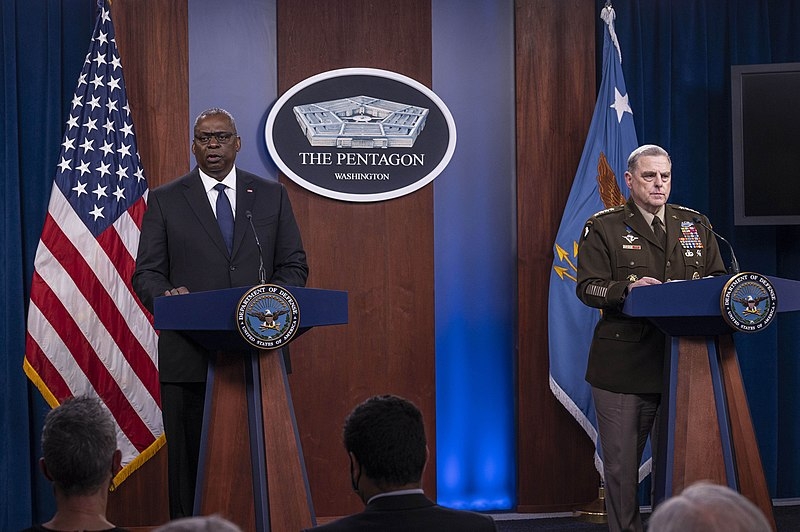 The withdrawal from Afghanistan by the US last month saw over 130,000 Afghans and American allies lifted out of the war-torn country as the insurgent group Taliban took control. During the recent hearing before the Senate and House Committees regarding the withdrawal, top US generals have said they advised President Joe Biden to keep a number of troops in the country.

During a hearing before the members of the Senate Armed Services Committee, Pentagon chief Lloyd Austin, Chairman of the Joint Chiefs of Staff Gen. Mark Milley, and US Central Command leader Gen. Kenneth McKenzie testified on the withdrawal efforts. Both Milley and McKenzie said during the hearing that they advised Biden to keep some 2,500 US troops on the ground in Afghanistan. Biden ultimately overruled their advice and ordered a complete withdrawal that saw chaos in the initial efforts.

Biden in April ordered a complete withdrawal of US forces in Afghanistan as was in the agreement his predecessor Donald Trump made with the insurgent group. Biden has staunchly defended the decision to withdraw in the midst of heavy backlash from Republicans as well as some Democrats. However, it should be noted that Biden also received support from military veterans, including those who served in Afghanistan, regarding the withdrawal.

Milley was questioned by lawmakers whether the initial chaos from the evacuation and the sudden suicide bombing at Kabul airport damaged the credibility of the US. “I think that our credibility with our allies and partners around the world and with adversaries is being intensely reviewed by them to see which way this is going to go and I think ‘damage’ is one word that could be used, yes,” said the Joint Chairman.

Speaking with the House Armed Services Committee Wednesday, Gen. McKenzie reiterated the deal Trump made with the Taliban was linked to the sudden collapse of the Afghan government to the insurgent group. McKenzie explained that once the number of troops on the ground was pushed down as part of the efforts by Washington to complete a full withdrawal by the end of August, the Taliban’s takeover efforts increased.

“The signing of the Doha agreement had a really pernicious effect on the government of Afghanistan and on its military -- psychological more than anything else, but we set a date -- certain for when we were going to leave and when they could expect all assistance to end,” McKenzie explained.