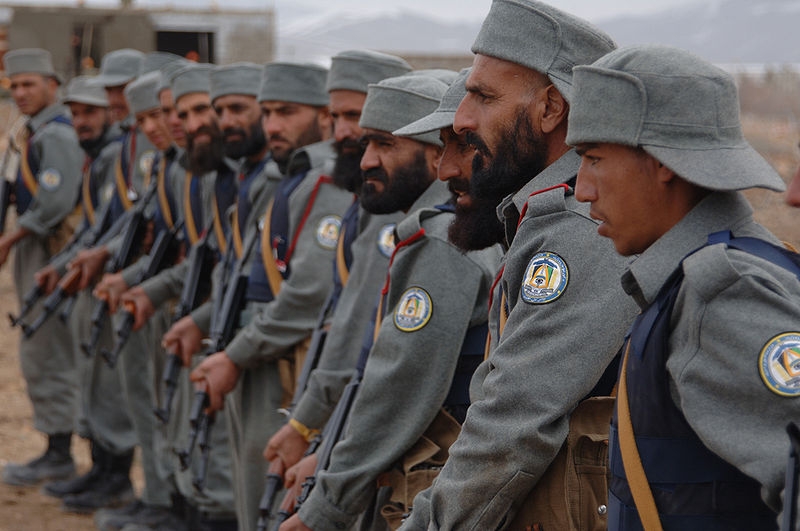 Nearly a year since retaking control of Afghanistan, the Taliban is looking to further shape its government as the international community still does not recognize the insurgent group’s administration. This week, the Taliban unveiled the new uniforms for the country’s reconstituted police force.

Reuters reports this week that officials of the insurgent group unveiled the new uniforms that would be worn by the country’s police force as the Taliban looks to steer away from using its militia to handle law and order in the nation. The Taliban-led interior ministry made the unveiling at a press conference.

The acting deputy interior minister Mawlawi Noor Jalal Jalali said the new police force with new uniforms has long been a priority since the insurgent group retook control of Afghanistan.

Interior ministry spokesman Abdul Nafi Takor said 20,000 of the new uniforms were prepared under contract from a local company, and an additional 100,000 uniforms are expected to be made in the coming weeks.

The main change to the police force uniforms is the color, as the new uniforms are a darker blue instead of a light grey-blue. The tri-colored Afghan Republic flag was replaced by the Islamic Emirate flag on the sleeve.

To note, the insurgent group does not recognize the traditional republican flag of Afghanistan that was used by Western governments. The Taliban also used the Islamic Emirate flag during its previous rule from 1996 to 2001.

The new uniformed police force will be first used in the Kabul and Kandahar areas.

In another report by Reuters, many officials from the previous Afghan governments were being invited by the Taliban to return after fleeing during the West’s withdrawal from Afghanistan last year.

Among them was Ghulam Farooq Wardak, who was a member of the cabinets of Afghanistan’s former presidents Hamid Karzai and Ashraf Ghani, who returned to Afghanistan from Turkey, according to Ahmad Wasiq, who led the Taliban delegation to negotiate the return of the former Afghan officials.

Aside from Wardak, the former defense ministry spokesman, some former military officials, and the former head of the country’s national power company were returning, according to Wasiq.