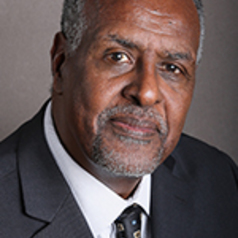 Distinguished Professor, agronomy , Purdue University
G​ebisa Ejeta was born and raised in a small rural community in west-central Ethiopia. He completed his early education in his native country including a BS in Plant Sciences from Alemaya College in 1973. He attended graduate school at Purdue University earning his Masters (1976) and PhD (1978) in Plant Breeding & Genetics. In March 1979, Gebisa joined the International Crop Research Institute for the Semi-arid Tropics (ICRISAT) and conducted seminal sorghum research in Sudan for five years. In January 1984, Dr. Ejeta returned to Purdue University as an Assistant Professor in the Department of Agronomy. Since then, he has led a comprehensive educational and research program at Purdue with emphasis on African agricultural research and development. He currently holds the position of Distinguished Professor of Plant Breeding & Genetics and International Agriculture at Purdue University.

Professor Ejeta has served on numerous science and program review panels, technical committees, and advisory boards of major research and development organizations including the international agricultural research centers (IARCs), the Rockefeller Foundation, the Food and Agricultural Organization (FAO) of the United Nations, and a number of national and regional organizations in Africa. He was a member of the team that launched the Alliance for Green Revolution in Africa, a joint effort of the Rockefeller and Gates Foundation. Dr. Ejeta has served the Consultative Group for International Agricultural Research (CGIAR), the largest publicly funded agricultural research consortium in the world as member of its Science Council, and later as member of its Consortium Board. He was also a board member of Sasakawa Africa Program.

Professor Ejeta has had the honor of serving at the highest level of science and policy advisory for several international development and U.S. government agencies, including as Special Advisor to the USAID Administrator Dr. Rajiv Shah, as Science Envoy of the U.S. State Department, and as a member of the UN Secretary General Ban Ki Moon’s Scientific Advisory Board. He currently serves on the boards of the Global Crop Diversity Trust, the Chicago Council for Global Affairs’ Global Food and Agriculture Program, the National Academy of Sciences Board on Agriculture and Natural Resources, the International Water Management Institute, and on the U.S. Board for International Food and Agricultural Development.

Professor Ejeta is an advocate for purpose-driven research. His own research is focused on elucidating the genetic and physiological mechanisms of important traits in sorghum. Grain sorghum is the fifth most important cereal crop in the world. With its superior drought tolerance and broad adaptation, sorghum is grown worldwide, serving as a staff of life for over 500 million people in developing countries, and as the second most important feed crop in the United States. Ejeta's research addresses some of the most crucial traits of sorghum production and utilization including nutritional quality, drought tolerance, cold tolerance, resistance to pests, diseases, and the parasitic weed, Striga. Concerns of global biodiversity, gene flow, and the use of sorghum as a bio-fuel crop are also investigated.

The goal of Ejeta's sorghum research program is the development, release, and deployment of improved sorghum cultivars for both food and feed use. His sorghum research is generally characterized by its sustained commitment to translational approaches that generates products and technologies from research findings to impact farm productivity and the eventual utilization and profitability of the crop post-harvest. Dr. Ejeta utilizes a variety of research tools and works in interdisciplinary collaboration with a number of other scientists and programs. Professor Ejeta has released a large number of inbred lines, improved sorghum varieties and hybrids for use both in the United States and several countries in Africa. Several of his cultivars have been successfully deployed in a number of African countries.

Graduate education, mentoring of professionals, and developing partnerships are integral components of the sorghum research program. Professor Ejeta has trained and mentored a large cadre of domestic and international students and professionals at Purdue and in collaboration with other institutions. He has led many collaborative agricultural research and development projects, catalyzed the creation of public and private seed enterprises, and facilitated the formation of public-private partnerships in collaborating countries.

How investment in irrigation is paying off for Ethiopia's economy

After rapid economic growth averaging 10% every year between 2004 and 2014, Ethiopia has emerged as an engine of development in Africa. And there are no signs that ambitions for further growth are fading. This is clear... 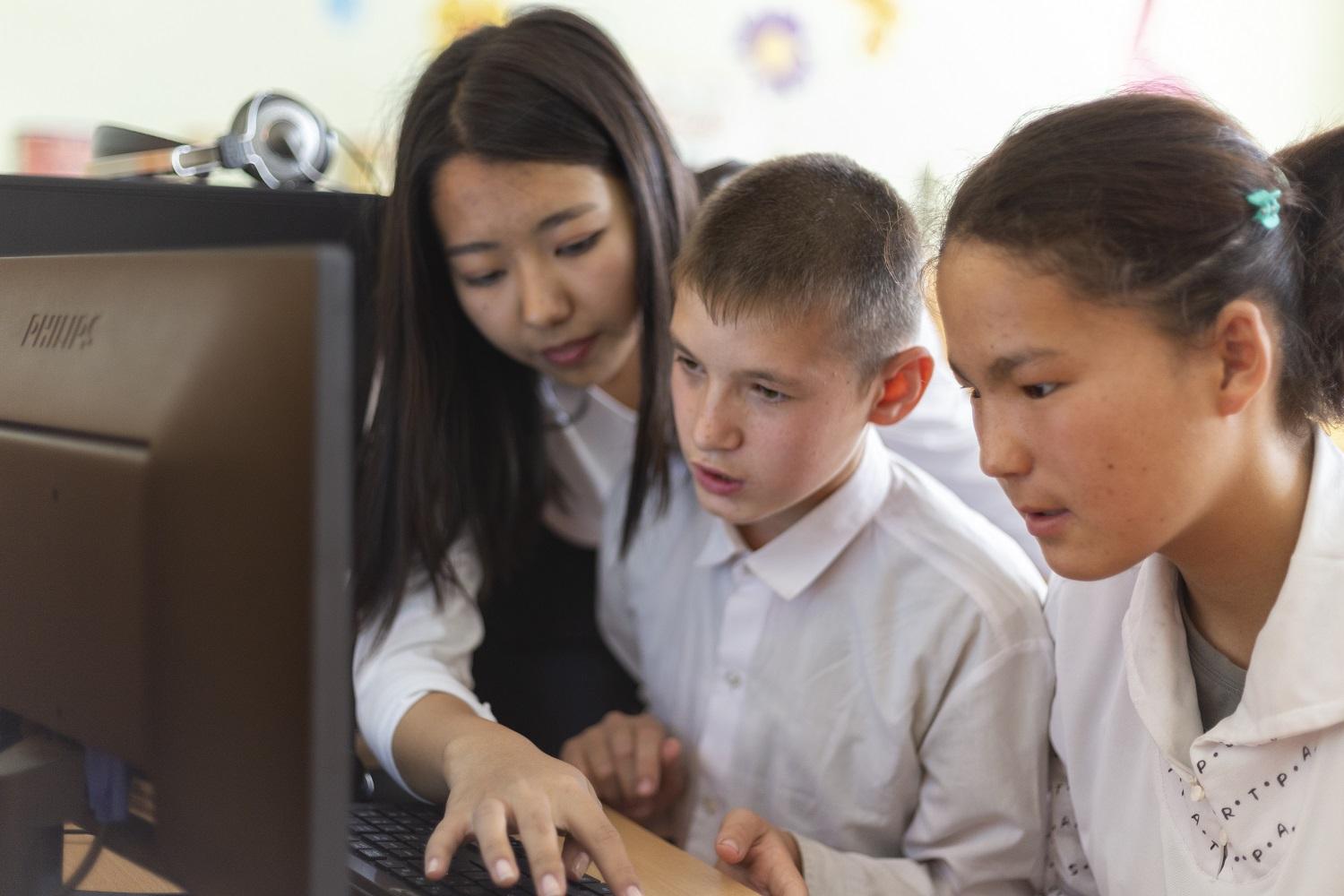 South Korea will provide over $5 million to assist the emerging economies of Uganda, Kyrgyzstan, Vietnam, Cambodia, Colombia, and Haiti in helping deal with the COVID-19 pandemic and pursue digital and green development...

The Portuguese government has selected 37 consortiums interested in building production units of green energy in the country. Portugal is preparing an application to Europes Important Project of Common European Interest...

Export expectations in Germanys manufacturing sector rose in July to 6.9 points from the -2.2 in the previous month with the automotive industry among the most optimistic due to economic recovery in many...

Germanys real GDP shrank in the second quarter by 10.1 percent on a quarter-on-quarter basis. The fall was therefore slightly larger than consensus expectations of a decline of 9 percent. According to statisticians, all...

The World Trade Organizations dispute settlement body will set up a panel to probe South Koreas complaint against Japans export restrictions. The decision was put off for a month due to Tokyos opposition. South Korea... 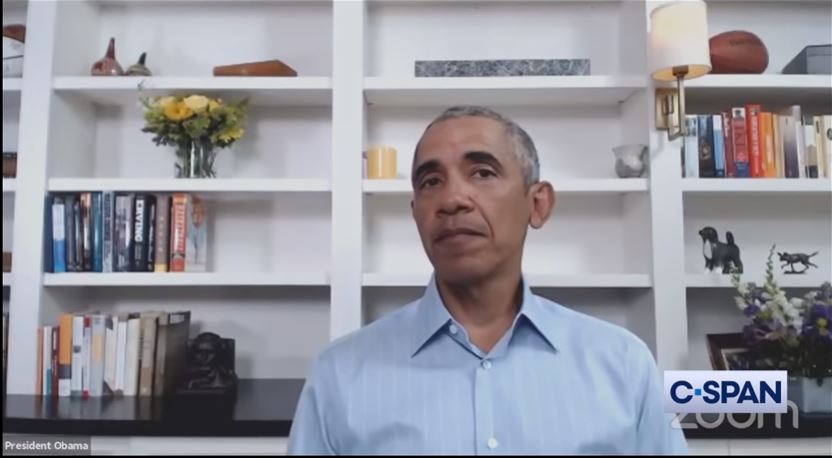 Former President Barack Obamas Kenyan half-brother Malik Obama is currently promoting his new memoir. Malik reveals a rift in the family, slamming his half-brother and calling him cold and ruthless. The Daily Mail...

Former vice president Joe Bidens campaign continues to ramp up its efforts less than 100 days until the November elections. Despite Biden having announced that he will reveal his chosen running mate this week, it appears...

Donald Trump has staunchly opposed casting votes by mail, despite the pandemic forcing many Americans to stay indoors as per orders of the state governors. Now, as the state of Nevada is on the verge of signing legislation...

Donald Trump is known for often contradicting statements made by public health experts regarding COVID-19, from Dr. Anthony Fauci to Dr. Deborah Birx among other health experts. Recently, he criticized Dr. Birxs warning...

Several countries are at odds with each other, sparking fears of a possible World War 3 in our midst. As reports of China increasing its military expenses surface, many defense experts have now urged NATO to take... 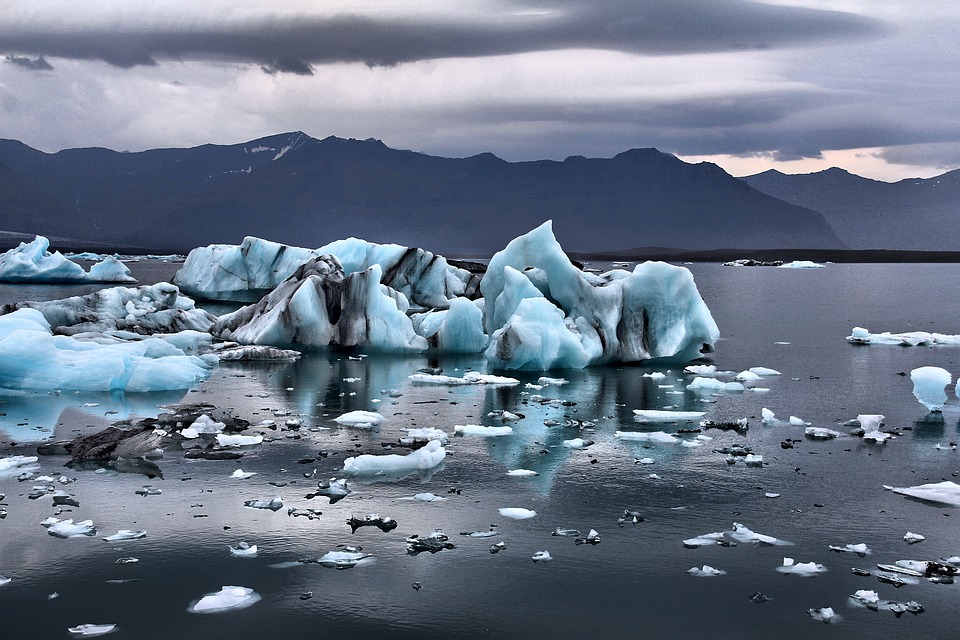 One of the major problems the world faces today is climate change, as the rising temperatures bring forth serious consequences that could affect the distant future. A new study about the New Zealand glaciers back in 2018...

It is only seen in fiction, where bacteria from outer space turns one thing into a potentially harmful being. One expert claims it may really be the case with the Mars mission, saying that astronauts may bring back harmful...

As the world battles with the pandemic that is COVID-19, there is also the existing problem of climate change, as temperatures are rising and causing the frozen polar regions to start melting at a shocking pace. The...

Ever since its outbreak in Wuhan, China back in December of 2019, scientists have been trying to look into the origins of COVID-19 with several theories as to where the virus came from. According to a leading scientist,...

NASA successfully launched its Perseverance Rover on its seven-month voyage to Mars to look for signs of life. However, prior to the launch, the agencys scientists have warned about a region in space dubbed as the Bermuda...

Rockstar Games cannot blame fans of the Grand Theft Auto franchise if they keep speculating on the supposed announcement or release date of GTA 6. More recently, some players are claiming they may have spotted Easter eggs...

Work on the The Last of Us TV pilot seems to be moving along over the previous months, and producer Craig Mazin has made an important promise to the avid fans of the franchise. He promised that the changes they will apply...

In most role-playing games, dialogues with non-playable characters are often a good time for the protagonist to relax. That will not be the case for V as Cyberpunk 2077 developers aim for realistic interactions in the...

United States President Donald Trump has been clear about his intentions to ban TikToks operations in the country. Users of the video-sharing platform may already be wondering how the White Houses looming decision can...

PUBG Mobile players in the global scene could one step closer to finally getting the Erangel 2.0 map. The update is rumored to be added in the upcoming beta version going live early this week. PUBG Mobile Erangel 2.0... 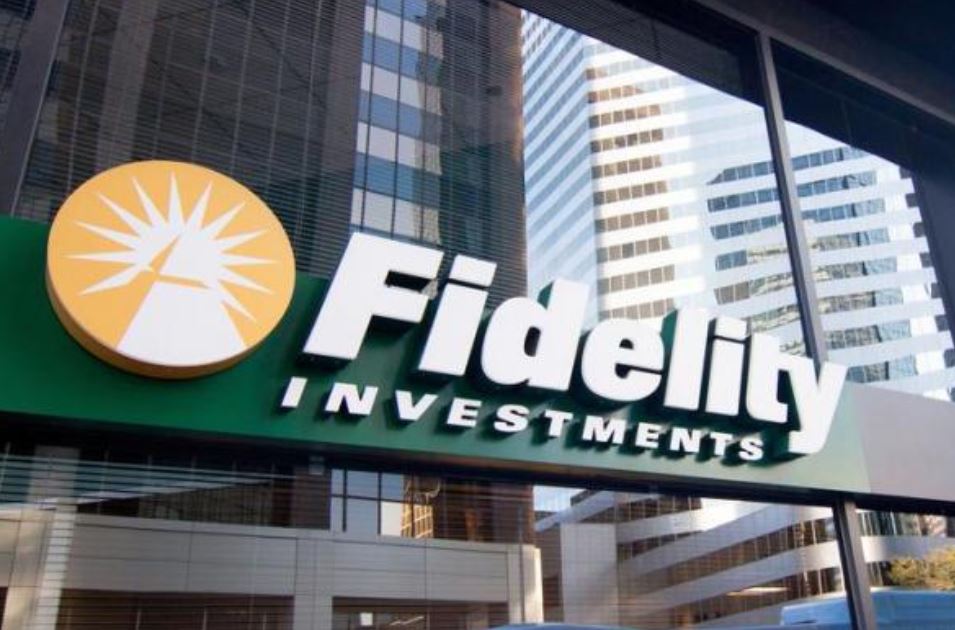 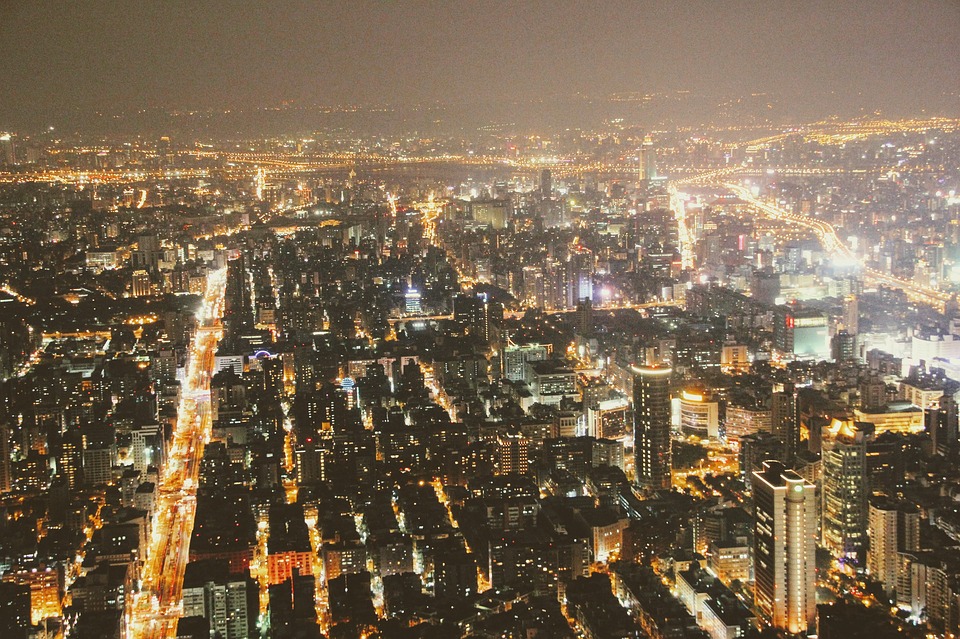 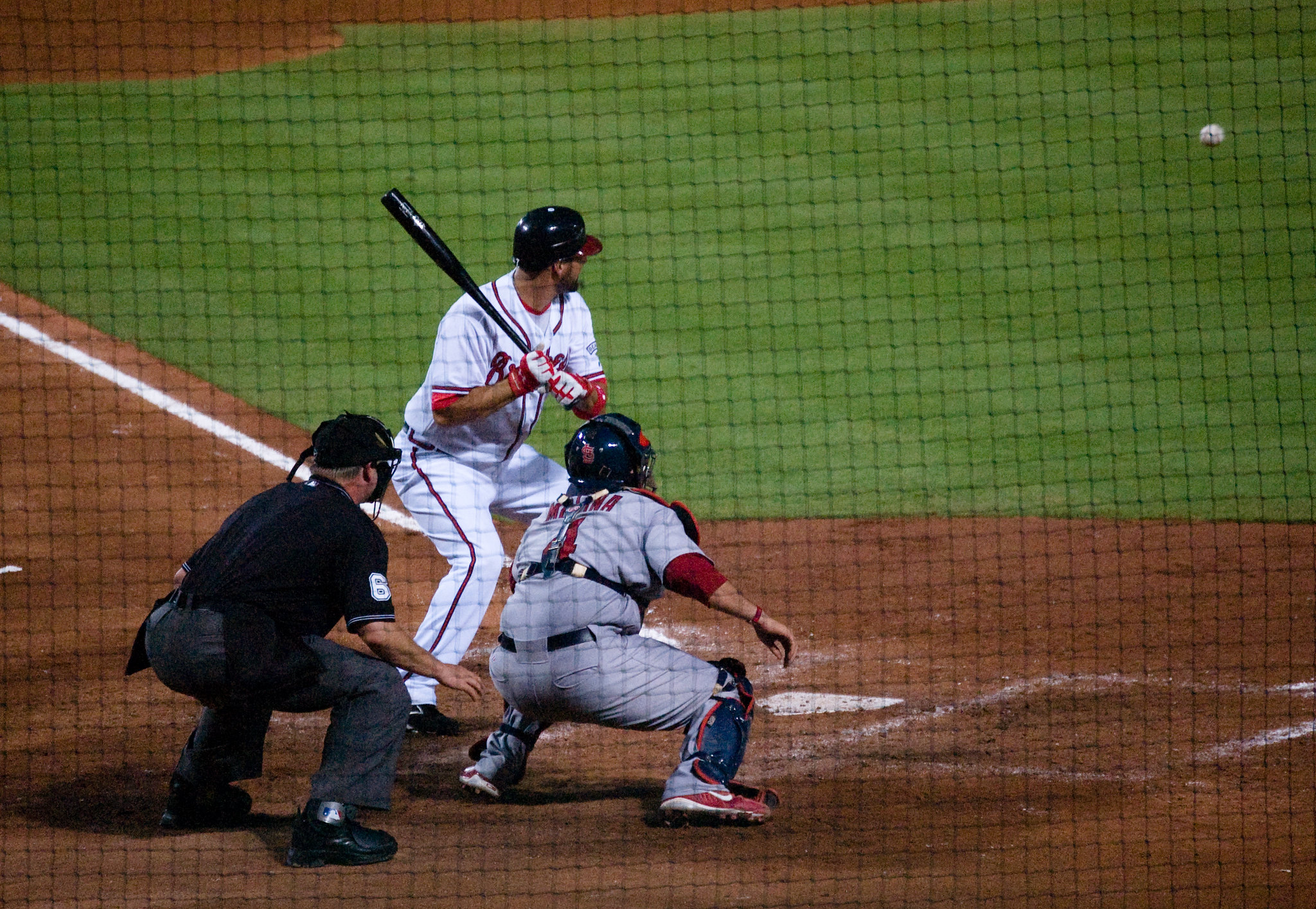