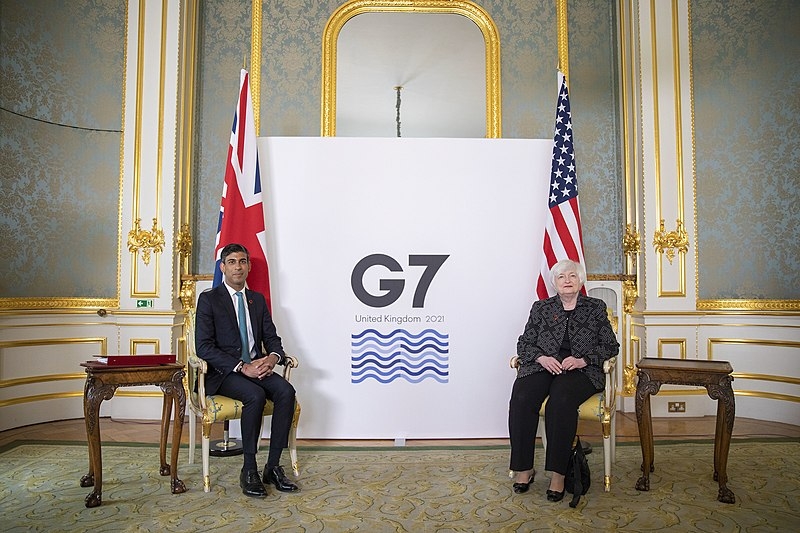 This week, the UK’s Conservative Party has further narrowed down the candidates to replace resigning Prime Minister Boris Johnson. Former finance minister Rishi Sunak maintained his lead among members of his party as the slate of candidates was narrowed down to three.

Reuters reports that Sunak maintained his lead in the votes among lawmakers in the process of narrowing down the candidates to replace Johnson.

Despite maintaining a lead, the remaining two candidates - junior trade minister Penny Mordaunt and foreign secretary Liz Truss – appear to narrow down the gap in the votes that were cast.

Following the latest round of voting among Conservative members of parliament, former equalities minister Kemi Badenoch was eliminated from the race, leaving Sunak, Mordaunt, and Truss as the remaining candidates.

Lawmakers are set to eliminate one more candidate to narrow the slate to the final two before the 200,000 members of the Conservative Party vote to choose their new leader who would become the country’s new Prime Minister.

Even with Sunak in the lead, it remains to be seen who will ultimately become the new leader in the polls, which suggests the former finance minister will be losing to whoever faces him.

“We are so nearly across the finish line. I am raring to go and excited to put my case to members across the country and win,” said Mordaunt, who came in second place in a statement.

It was “time for the party to unite behind a candidate who will govern in a Conservative way and who has shown she can deliver time and again,” said a spokesperson for Truss.

Johnson announced this month that he would be resigning as prime minister and as the leader of the Conservative Party after growing calls from his colleagues as well as the scandals that have plagued his government and the resignations of ministers, including Sunak.

Johnson held his final cabinet meeting Tuesday and received the first editions of books by Winston Churchill as a parting gift.

The final meeting was held on what was the hottest day in the country, following backlash from the opposition for not attending emergency meetings to discuss the response to the heatwave.