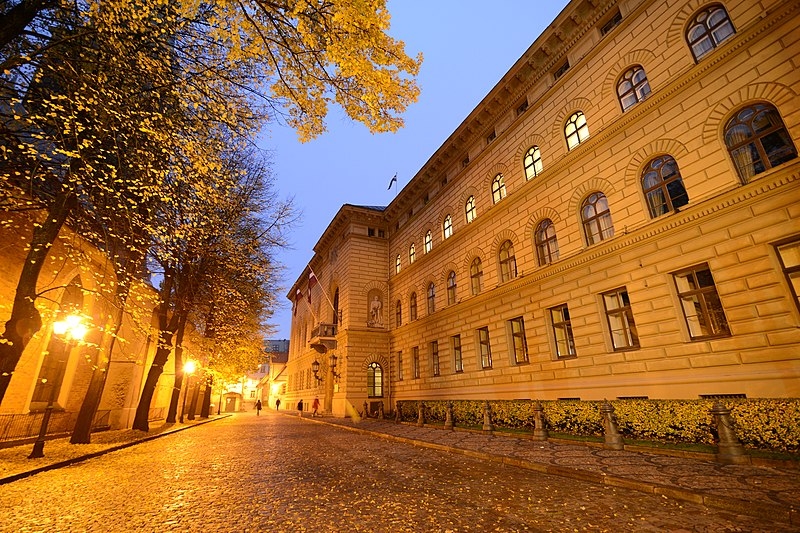 Parliament of the Republic of Latvia / Wikimedia Commons

Many countries have imposed sanctions and other measures on Russia for its invasion of Ukraine in February. This week, the government of Latvia has given Russia the “state sponsor of terrorism” designation for Moscow’s war in Ukraine.

The Latvian parliament Thursday designated Russia as a “state sponsor of terrorism” for its invasion of Ukraine that has continued for almost six months. Latvia also called on allies to ramp up sanctions on Russia as it continues to bombard Ukraine.

“Latvia recognizes Russia’s actions in Ukraine as targeted genocide against the Ukrainian people,” the Latvian parliament said in a resolution, adding that the West must increase their military, financial, humanitarian, and diplomatic assistance for Ukraine while supporting the initiatives to condemn Russia’s actions.

Ukrainian foreign minister Dymytro Kuleba welcomed the resolution, saying that Ukraine is encouraging other countries and organizations to take similar measures as Latvia.

Estonia announced Thursday that starting next week, it will stop most Russians from entering the country with visas issued by Estonian authorities, effectively cutting off a route into the passport-free Schengen zone.

The Estonian foreign ministry said it will also stop issuing visas to Russians for work, study, and business in the country.

“We have seen an enormous rise in the number of Russian citizens coming into or passing through Estonia,” said Estonian foreign minister Urmais Reinsalu in a statement. “The possibility they have to visit Estonia or other parts of Europe via Estonia, en masse is not in line with the principles of the sanctions we have imposed.”

This follows Ukrainian President Volodymyr Zelenskyy’s call for the West to impose a blanket travel ban for all Russians as a response to the ongoing war, which has angered Moscow.

Aside from Estonia, Latvia, Lithuania, and the Czech Republic have already stopped issuing visas to most Russians. Finland and Estonia have also called for the EU to take such actions as well.

Estonia added that it would continue to honor visas issued by other European countries and allow students who are already in the country to finish their work.

Russians who also have long-term residence permits or are entering humanitarian grounds, visitors to close relatives, diplomats, and their families, and workers in international goods and passenger transport are exempted from the move.