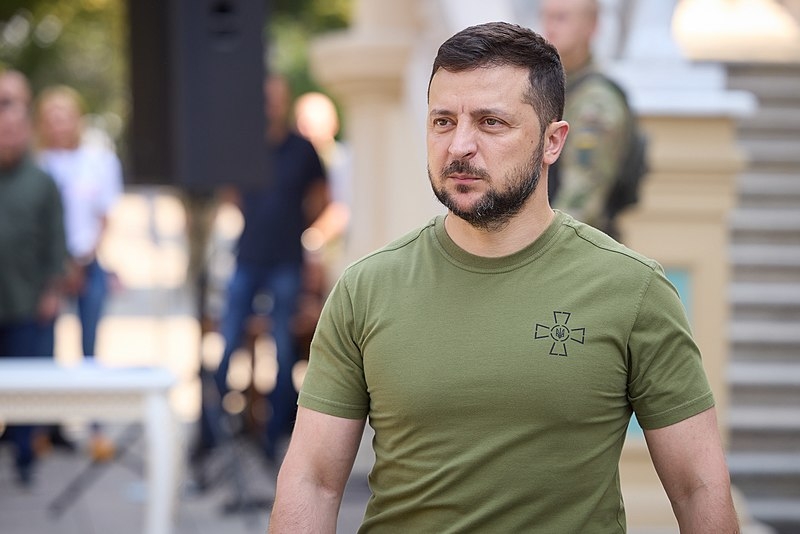 The war in Ukraine is approaching its sixth month, and Russian forces continue to bombard the nation. As Russia continues its assault on the eastern and southern parts of Ukraine, Kyiv has urged the West to impose a blanket travel ban on Russians.

In an interview with the Washington Post, Ukrainian President Volodymyr Zelenskyy proposed that the West impose a blanket travel ban on Russians. The idea has received some support among European countries but drew the ire of Russia. However, the proposal may likely divide the European Union.

Zelenskyy called for a one-year travel ban and the expulsion of Russians living in the West so they could “live in their own world until they change their philosophy.” Zelenskyy also said that the sanctions imposed on Russia in response to its invasion of Ukraine back in February were too weak.

“Whichever kind of Russian…make them go to Russia,” said Zelenskyy. “They’ll understand then. They’ll say, ‘This has nothing to do with us. The whole population can’t be held responsible, can it?’ It can.”

Zelenskyy added that the travel ban should also extend to Russians who fled since the beginning of the war because they disagreed with Russian leader Vladimir Putin.

The proposal by Zelenskyy received support from Estonian Prime Minister Kaja Kallas, who said it was time for the EU to stop issuing visas to Russians. Other countries that have closer ties to Russia, such as Hungary, are likely going to oppose such a ban.

The European Commission has also questioned the feasibility of the proposal, saying certain categories like family members, journalists, and dissidents must always be given visas.

Meanwhile, a Ukrainian official said the explosions that took place at a Russian air base in the annexed Crimea may have been caused by partisan saboteurs. The adviser to Zelenskyy also said Russian incompetence may have caused the blasts that happened Tuesday, which killed one and injured eight others.

Moscow said the explosions were the detonations of stored ammunition and not because of any attack. While Zelenskyy did not mention the blasts in his nightly address, he said it was right that people are focusing on the Russian-annexed Crimea.